Talking Cannabis Around the Holidays 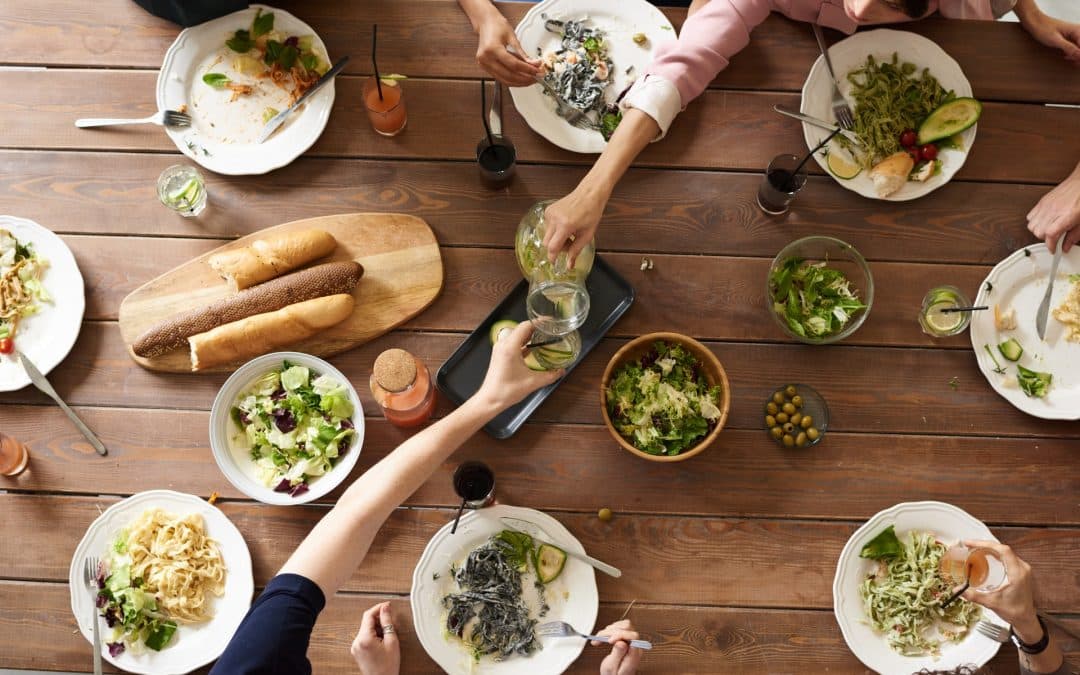 Talking cannabis around the holidays

‘Tis the season for turkey and ham, stuffing galore, endless amounts of pie and family time — lots and lots of family time.

From Thanksgiving to New Year’s, there’s an influx of family get togethers. Don’t get me wrong, I love my family, but I don’t always see eye-to-eye with them on every issue, whether that be because we were born in different decades, reside in different zip codes or have just had different experiences that shape the way we think and act. I strive to respect everyone’s opinion, but sometimes talking politics while passing the candied yams can make those tasty dishes less appetizing. And politics isn’t the only “P” word that can get relatives up in arms over the holidays. “Pot” can as well.

In the last seven years, 33 states and the District of Columbia have put medicinal and/or recreational cannabis policies on the books. Two-thirds of Americans now say marijuana should be legal, according to the Pew Research Center’s latest findings. That number has increased steadily for the past decade. Plus, cannabis use among those 55-75 years of age has doubled in the last 11 years.

The new prevalence of the plant, including the CBD craze that has hit nearly every state in the country in the last year, means cannabis is on people’s minds and they want to talk about it.

I’ve always advocated for cannabis in conversation since I was old enough to enjoy it. However, I’ve only recently found the courage to talk about my personal consumption openly, which has always been extremely positive. There’s still a lot of stigma around the plant, so talking about my use isn’t always easy. But I find more and more people are curious about cannabis, and knowing that I’ve found it to be an important ingredient for self care in my own life makes them more willing to ask me questions about its benefits. Still, diving into the cannabis debate can make a situation heated, especially with that particularly conservative uncle or cousin.

Referencing my personal experience and a little journalist recon, I’ve laid out a few guidelines for myself this holiday season to ensure I’m communicating the information I want to about my cannabis use and the general benefits of the plant. Hopefully these will shed a little green light on your own holiday.

Be ready to answer questions

I’ve lived in Colorado or California for most of my adult life, which means I’m used to getting every type of question imaginable about cannabis. People tend to bring up marijuana in conversation, either because they’re possibly interested in trying it, they desperately want to opine for or against it, or they want me to do them a solid and ship goodies to them in their non-legal state.

Regardless of the approach, I try to be ready with facts about cannabis to enforce my opinions. Currently, 11 states and the District of Columbia have legalized marijuana for recreational use and 22 other states have laws for medical use on the books. Despite this, marijuana is still considered a Schedule I substance, meaning it has no currently accepted medical use and a high potential for abuse. Other members of the Schedule 1 list include heroine, LCD and ecstasy. This classification means it’s incredibly difficult for scientists to research cannabis for its potential health benefits. However, for the first time in history, a congressional committee approved a marijuana legalization bill. This is called the Marijuana Opportunity Reinvestment and Expungement (MORE) Act, and it was approved by the House Judiciary Committee on Nov. 20 (just in time for Thanksgiving with the family). If this act is passed into law, marijuana would be removed from the Schedule I list. We’re still a long ways from this bill being made into law, but it’s certainly a step in the right direction, and good cannabis-related conversation for that curious relative.

Break the ice with CBD

Since the Hemp Farming Act of 2018 passed — taking cannabis’ less potent cousin off of the Schedule I controlled substances list — cannabidiol (also known as CBD) has exploded in popularity. CBD is one of the most active ingredients in marijuana and hemp plants, but it doesn’t have a psychoactive effect, like THC.

CBD is often used to address ailments such as anxiety, insomnia, chronic pain and depression. Although much more information is needed to understand why CBD helps with these conditions, researchers believe the answer lies in the endocannabinoid system.

Even in states where cannabis isn’t legal, CBD can still be used if it’s extracted from the hemp plant. Because of this, CBD is now infused into everything, from lotions and oils to juices and coffees, and it’s being sold everywhere, from CVS Pharmacy to your local natural drug store. CBD’s recent surge in popularity means people of all ages have most likely heard about it, and it can be a good icebreaker if someone is interested in the health benefits of cannabis but weary of trying the whole plant.

This was the case recently with a baby boomer relative of mine who has bad anxiety and trouble sleeping. She kept asking me about CBD and its benefits. We talked about the options and she tried it out in an oil form for several months. However, she wasn’t getting the results she wanted so she switched to an oil that was equal parts CBD and THC. Now it’s her favorite night time remedy. She puts a few drops under her tongue each evening before bed and sleeps much more soundly, and she doesn’t mind that it sometimes makes her feel “a little bit silly.” For her, starting with CBD and moving to THC was a more comfortable transition than just opting to use marijuana from the start.

Have a self-care plan

I’m not going to pull out a fat doobie and start taking hits at the family table this holiday season (though the thought has crossed my mind before), but I do plan to have some goodies stashed away if I have a need or desire for them. It’s a great option for me instead of chugging a glass of red wine when conversations get a bit awkward or heated.

Edibles tend to be a bit strong when I’m trying to socialize, particularly if there are people there who want to argue about the benefits of cannabis. So, instead of high-dosed edibles, I’ll bring some 4:1 CBD to THC drops, as well as some low THC tablinguals. These are extremely mellow for me, but still put a little pep in my step and ease anxieties. Plus, they will make the food taste even better. I’ll just have to make sure to pace myself. I don’t want everyone to think the cannabis user scarfing down the pumpkin pie with her bare hands is doing so because she has the munchies (true fact: pumpkin pie is my absolute favorite and I would do that stone cold sober).

Have an exit strategy

I always like to have a plan in place if the conversations just simply don’t work out. I’m never going to convince all of my relatives of the benefits of cannabis or how the plant has helped improve my life. Plus, that really doesn’t need to be my job when I’m just trying to enjoy some holiday fun with loved ones.

An easy subject changer for me is to comment on the delicious food in some way: “Did you make this?” Or “Wow, those cheesy potatoes get better every year.” Since a big point of holiday celebrations is often the food, this is an easy route to  take. When that doesn’t work, I try to ask them personal questions: “How are things at work?” Or “What are the rest of your plans for the holidays?” I find relatives generally get the hint and understand it’s time to change the subject. When neither of those tactics work, I simply go for the “Let’s agree to disagree,” suggestion.

If the situation gets too heated, and it’s time to walk away from it entirely, I’ll simply say I’ve eaten too much and it’s time to go home. I’ll then give hugs to all of my relatives, tell them I can’t wait until next year and, on the way out the door, grab as much leftover pumpkin pie as is socially acceptable.

Good luck to you all + Happy Thanksgiving!