The risks are there, but a lot of data is left to be desired. Until then, we’ve compiled an update on What to consider if you consume cannabis during pregnancy.

Is cannabis safe during pregnancy?” This is a question that inevitably comes up when covering the intersection of women and cannabis, and it has renewed attention given more research, greater potency among products, as well as increased consumption during and following a global pandemic.

In fact, the Kaiser Northern California hospital system looked at rates of prenatal cannabis consumption prior to and during the COVID 19 pandemic. Before COVID, the standardized rate of prenatal cannabis use was 6.75% of pregnancies. That rate increased to 8.14% during the pandemic. In 2020, there was also a dramatic rise of consumption in adults over 26, increasing from 7% to 16%.

In addition to science-based research, many mothers have made it their charge to grow personal and anecdotal evidence in favor of consumption during pregnancy. But for an expectant mother who has consumed cannabis in the past, all one wants is science-backed, reassuring answers.

Alas, we’re not entirely there yet. Research varies, control groups vary, factors not related to consumption vary, self-reporting varies, and so on.

Attempting to provide some answers, we dug into recent research. We heard from OBGYNs at the Oregon Health & Science University (OHSU) where they are studying the effects of cannabis and pregnancy using a primate model (in lieu of human testing), and we spoke with Dr. June Chin, an integrated medical cannabis physician for adults and children. Here is what we learned.

What are the perceived benefits of cannabis consumption during pregnancy?

Contributing to increased prenatal cannabis consumption is an increasing perception of safety among consuming mothers. Some of this perception of safety may come from the expanding legalization and some may come from an interpretation of the literature in which perinatal outcome data are limited and varied. Because cannabis is a natural plant, perceived benefits during pregnancy include appetite changes, relief from nausea, vomiting, and pain, managing moods and sleep issues, and ability to cope with daily stressors.

Kimberly Ryan, OBGYN physician at OHSU, cites a study by the Colorado Department of Public Health and Environment, which surveyed postpartum and pregnant women who received government nutritional support during pregnancy on their reasons for consuming cannabis while pregnant.

“Most frequently cited reasons for current [consumers] include depression, anxiety, stress, to help them with pain, or to help them with nausea or vomiting,” she says. “It is important to note that all of these conditions have alternative treatments that have been better studied in the context of pregnancy.”

Does cannabis reach the placenta?

Yes, if cannabis is inhaled or ingested (gastrointestinal absorption) it will reach the bloodstream and eventually the placenta. This is true for THC and CBD. As stated by much of the research and medical community, there is no amount of cannabis that has been proven safe to use during pregnancy.

Chin reiterates that anything women ingest will reach the placenta, including prescription medications.

“If you can avoid taking an external source of any medication, it’s always better because your baby is developing, and your baby will take in whatever you’re taking in. This includes natural supplements,” says Chin. “CBD also passes through [to the placenta]. The baby has its own endocannabinoid system … when you bring in an outside source of anything, it can disrupt [the baby’s] rhythm, their own body’s equilibrium, so maybe they’ll produce less of their own endocannabinoids.”

What are the risks of consuming cannabis during pregnancy?

Kristen Prewitt, OBGYN physician at OHSU, points to the American College of Obstetrics and Gynecology (ACOG) who recently published a tool for healthcare providers on possible maternal and fetal/neonatal outcomes if the mother consumes cannabis during pregnancy, using currently available data.

Are CBD- and THC-infused topicals safe during pregnancy?

Generally, yes. According to Pruitt, skin absorption through topicals and transdermal products (patches, salves, and lotions) are non-psychoactive and do not enter the bloodstream, therefore they will not result in a positive urine drug screen, or reach the placenta.

What are the effects on children from mothers who consume cannabis?

Ryan points to three main prospective longitudinal studies that have tracked neuro behavioral consequences of maternal cannabis use. These studies were made public in 1978, 1982, and 2001.

From these studies, it is gathered that cannabis use and infancy has been associated with decreased ability to self soothe and an increase in sleep disturbances. Prenatal exposure has also been linked to poorer memory, verbal reasoning, and visual processing, as well as children who are less attentive, more impulsive and hyperactive, and have increased symptoms of depression and anxiety. In adolescence, increased inattention, hyperactivity and impulsivity remains. 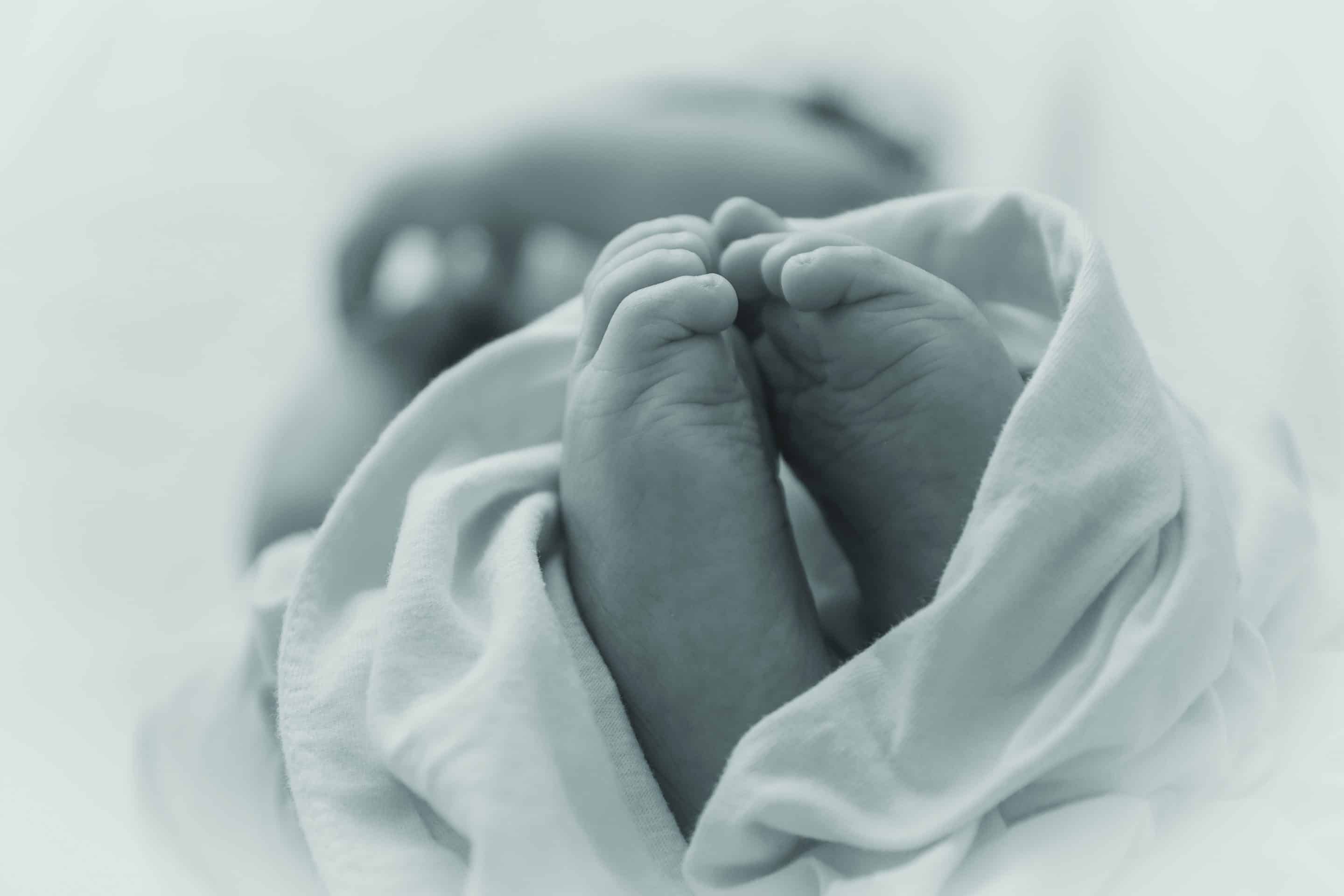 “If you can avoid taking an external source of any medication, it’s always better because your baby is developing, and your baby will take in whatever you’re taking in. This includes natural supplements. CBD also passes through [to the placenta]. The baby has its own endocannabinoid system … when you bring in an outside source of anything, it can disrupt [the baby’s] rhythm, their own body’s equilibrium, so maybe they’ll produce less of their own endocannabinoids.”

What should I consider when reading studies?

First consider that studies are typically narrow in scope. An added consideration with cannabis use and pregnancy is that, currently, there is no actual human testing with THC (unless self-reported). This complicates clear, vetted data on cannabis and pregnancy.

In Jamaican culture they “incorporate herbs, including cannabinoids, during pregnancy to help with nausea, vomiting, help with postpartum depression, to help with expelling the uterus. Dreher longitudinally followed the mothers and the children and didn’t find that there were any cognitive deficits [among children]. Then you asked yourself, how much did each mom use? Did the moms have better nutrition? Better community support? Was there an extended family that was able to take the child postpartum and let the mom rest?” Chin illustrates. “So, there’s just so many moving parts.”

In a recent New York Times story on a 2021 study that revealed “children of women who use marijuana during or soon after pregnancy are twice as likely as other kids to become anxious, aggressive, or hyperactive,” Ryan Bogdan, a psychologist at Washington University in St. Louis who studies the underlying biology of psychiatric disorders, questions the child’s environment.

Bogdan suggests the children in the study, “may have underlying risk factors, such as a family history of psychiatric problems, or they may have been exposed to other chemicals during pregnancy that increase the risk for behavioral issues.” And this could be the case for other studies.

Jami Lo, an OBGYN physician scientist conducting the primate studies at OHSU, also highlights the difficulties of studying the topic among humans.

“Research on something like marijuana can be difficult. … In most cases, there’s a small sample size or lack of quantification and timing of exposure,” she says. “The results can be confounded by concurrent tobacco or other substance use [and] other sociodemographic factors. Additionally, studies are unable to demonstrate a marijuana dose dependent response because the quantity of use is not well defined. They also rely heavily on patient self-reporting, which can be affected by underreporting, despite legalization in many states.”

When reading a study for one’s own health, consider the source, the date of the study, the methodology, the application, number of participants, reporting structure, etc. You can even discuss with your own OBGYN to gain more context.

What if I want to consume cannabis during pregnancy despite what we know?

Seek out an OBGYN who will have a safe, private, and comprehensive discussion on cannabis consumption with their clients, such as Chin.

“If you could avoid it, don’t do the cannabinoids. But if you need to, start with CBD. Then if you really, really need to, like with terrible nausea, vomiting, you’re losing weight, you’ve tried acupuncture … you’ve tried other natural supplements, heating pads, ginger, right? All that other stuff [and] it still doesn’t work, and you really want to add cannabis-based medicine, we will microdose the THC and only take it intermittently to see if your body can decrease that nausea and vomiting,” says Chin. “That’s my take-home message—it does affect the baby, you really want to be very careful when adding it in.”

Inside The Body: THC vs CBD

Related: Read our story on one woman’s conflicting choice: to consume or not to consume. 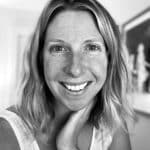 As the founder and publisher of SWEET JANE magazine, Katy has worked in publishing, both on the editorial and business sides, for over 15 years. In 2018 she decided to fuse her skill with passion to create SWEET JANE magazine, a print and online publication on cannabis for women and mothers. The magazine’s mission is to serve as briefing on all things cannabis for women, providing cannabis education, parenting and pot, the benefits of plant medicine to health, well-being, and cannabis in society. Katy believes that it has always been acceptable for mothers to consume cannabis.