Ask a Nurse: Cannabis Use and Depression 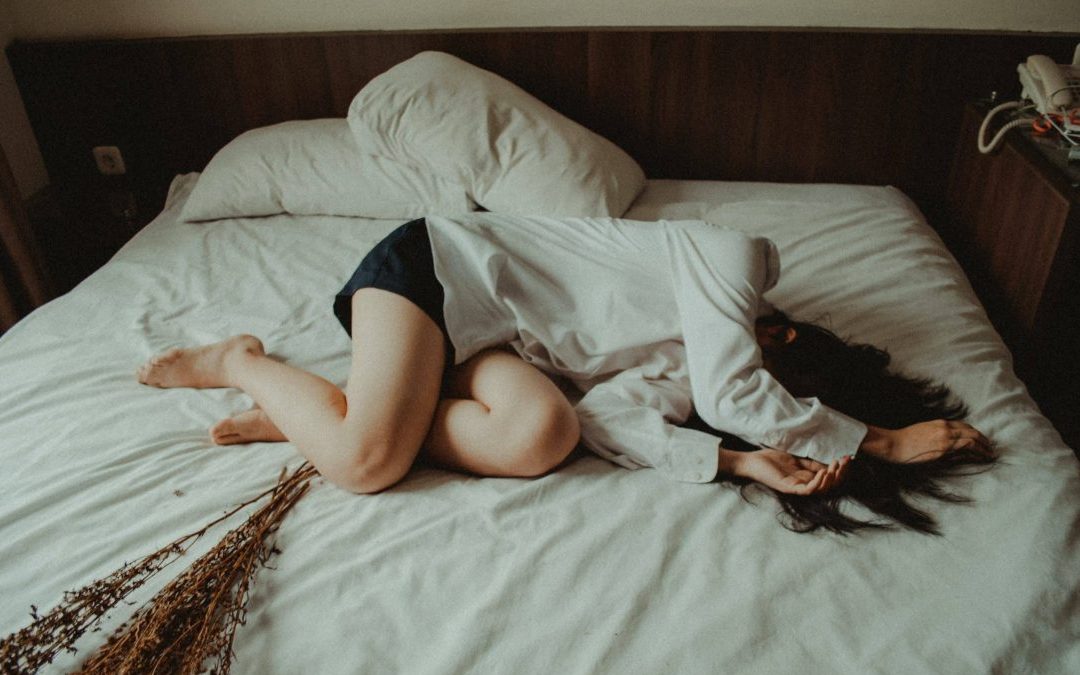 Question: I hear conflicting information about cannabis with regard to depression. Some articles suggest it can worsen depression, and other information claims it can help. Which is correct?

Answer: The short answer is both may be correct. Cannabis has been cited by many as being helpful in managing depression, and there is some evidence to support this assessment. However, others believe cannabis can worsen depression, and there may be evidence to support this belief as well. There are also those who suggest that experiencing depression may lead some people to consume cannabis, which can muddy the waters a bit: Does consuming cannabis lead to depression or does depression lead to cannabis use? Because the effects of cannabis consumption can vary wildly from person to person, it may be that cannabis is helpful to some and less helpful, or even harmful, to others when it comes to treating depression.

Let’s examine the issue from all sides:

What is depression? Depression (major depressive disorder or clinical depression) is one of the most common mood disorders that affects the way you think, feel, and behave – oftentimes making daily tasks such as eating, sleeping, or working in any capacity seem impossible. The National Institute of Mental Health estimates that 21 million Americans are currently living with depression or have experienced a major depressive episode (defined as experiencing depressive symptoms for more than two weeks) over the last two years. According to the Anxiety & Depression Association of America, one out of eight women experience depression, which is more than two times the rate of men.

Why are women more susceptible to depression? There is no easy answer. Research shows certain factors like biology, genetics, environment, and social issues are key contributors to the onset of depression. Symptoms of depression can show up in other mood disorders, such as bipolar disorder and post-traumatic stress syndrome. There are also certain types of depression, such as postpartum depression, premenstrual dysphoric disorder (PMDD), and perimenopausal depression, that are specifically unique to women.

The good news is researchers have been dedicating more resources to understanding the mechanisms behind depression, which means treatment can be done more effectively with the use of psychotherapy, medicine, or a combination of the two.

Can cannabis consumption cause depression?

Cannabis use and depression are seemingly a catch-22. Those struggling with depression often choose to consume cannabis in an effort to escape depression, but it can exacerbate the symptoms. That is not to say cannabis itself causes depression, but there is research showing the relationship between the two is a lot closer than we may think. Those who are depressed often anecdotally say that cannabis use helps them escape symptoms in the short-term, but there is little evidence confirming cannabis is a viable means of treating depression long-term. In addition, studies have shown that a correlation between cannabis consumption and the on-set of depression can be partly attributed to the frequency of use and the dosage consumed. Individuals who frequently use or over consume cannabis may be at a higher risk of developing depression or worsening existing symptoms over time. Inversely, those with pre-existing depression may be more inclined to use cannabis to treat symptoms, increasing the likelihood of further cannabis use in the future, which can then lead to worsened symptoms.

These findings lend to the notion that cannabis use, done infrequently or in small doses, may produce antidepressant effects, but further research needs to be done to verify this. Ultimately, variables such as age, gender, and environment make it difficult to make a conclusion that cannabis causes depression. Rather the relationship is bidirectional – heavier cannabis use can possibly lead to the onset of depression or exacerbate symptoms while those with pre-existing depression may turn to cannabis for relief. It is also important to note that no single state has classified depression as a qualifying medical condition to receive a medical marijuana card.

The endocannabinoid system and depression

In addition to better understanding what outside factors contribute to depression, more focus has been put on the endocannabinoid system (ECS), which regulates our mood, memory, emotions, sleep, and eating patterns, as well as inflammatory and immune responses. The ECS is composed of cell receptors, with the main two being CB1 and CB2. CB1 receptors outnumber any other receptors in our brain and function to keep our body and mind in balance. CB2 receptors, which are widely found in immune tissues throughout the body, help to modulate immune function within the body.

Since the discovery of the ECS in the late 1980s, research has been conducted to further understand the functions of the CB1 and CB2 receptors within the human body. Evidence shows these receptors play an important role in the pathophysiology of depression. Specific studies have used animal models, particularly rodents, to look at how the repression or activation of these receptors affects depressive symptoms. Their findings cited the case of the European drug “rimonabant.” Marketed as an appetite suppressant, rimonbant blocked CB1 receptors and was known as a CB1 “antagonist.” But the drug was removed from the market after a significant number of patients using the drug developed depression and anxiety symptoms. The researchers theorized that if depressive symptoms are elevated when CB1 receptors are repressed, then activating these receptors via cannabinoids like THC and/or CBD may produce antidepressant effects.

Furthermore, this research has concluded that overconsumption of cannabis could overload your ECS, leading to fluctuating levels of dopamine, causing an influx of depressive symptoms. These results are not only helping researchers understand the relationship between mood disorders and the chemicals in our brain, but may ultimately aid in the creation of targeted treatments for depression and associated mood disorders. 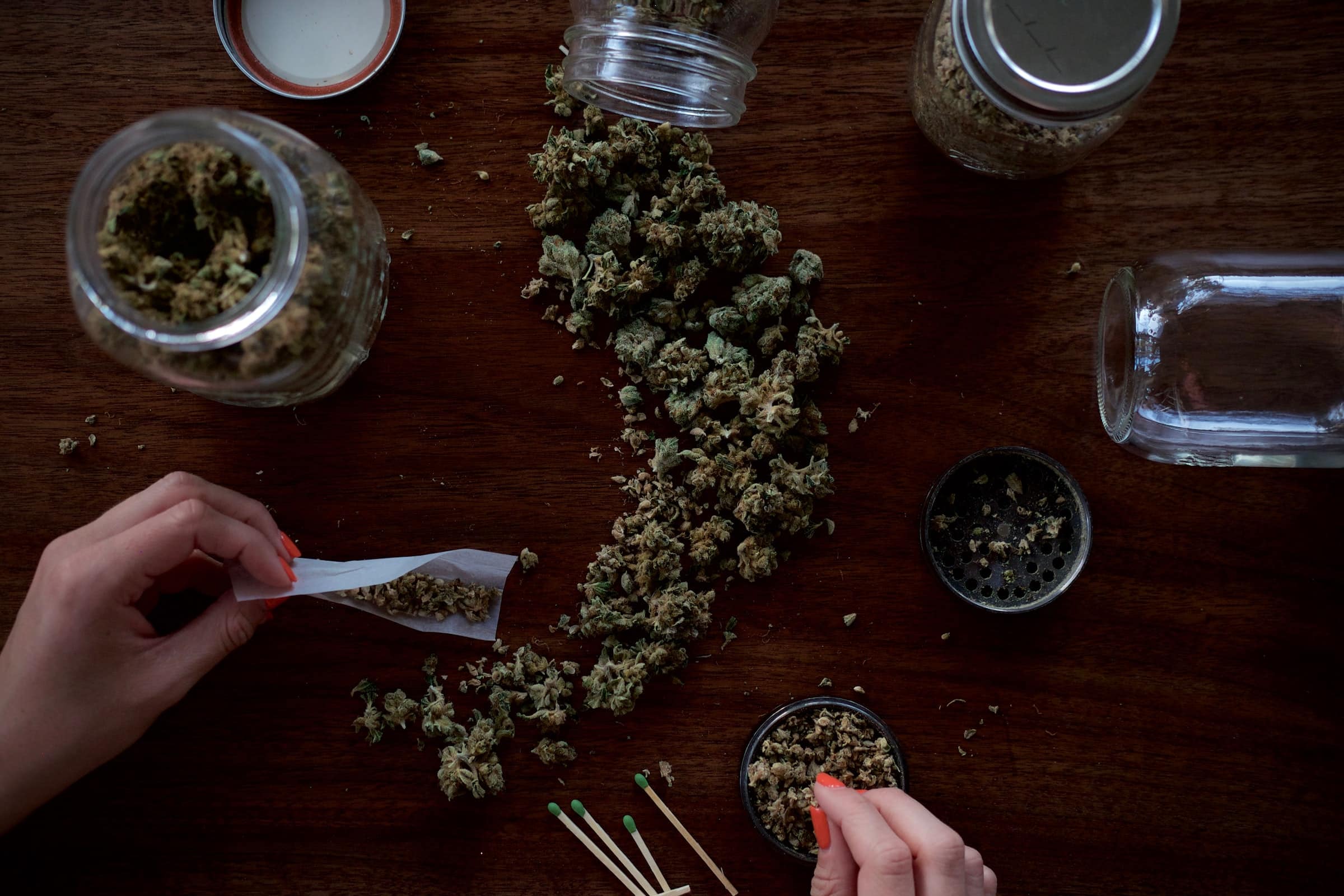 Cannabis consumers claim it aids with their depression

Many consumers are turning to cannabis for relief from depression as a supplement to, or replacement for, pharmaceutical antidepressants. A study from the Alcohol & Drug Abuse Institute at the University of Washington showed that a slight majority of cannabis users claimed\\ it helped alleviate depressive symptoms, with users seeing less negative effects vs. non users. Though, there is conflicting evidence showing a reduction in marijuana use has led to reduced symptoms. Nevertheless, cannabis use among those with depression has grown significantly over the last few years, with more individuals self-medicating.

The reality is we still do not understand the complexities of depression or cannabis, and it is difficult to assign any one cause to the onset of depressive symptoms. As research moves forward, we should better understand how factors such as frequency, dose, age, gender, and environment affect the relationship between depression, cannabis use, and how it all contributes to the functions of the endocannabinoid system.

While this lack of evidence makes it difficult for Leaf411 to recommend cannabis as a treatment for depression, we do understand many people are seeking it out and find different cannabinoids of the plant helpful. We advise those individuals to proceed cautiously and consume THC products in very small doses, as well as to consult with a cannabis clinician to closely monitor this use. And we urge anyone in urgent need of help to contact the 988 Suicide & Crisis Lifeline. A suicide prevention network of more than 200 U.S. crisis centers, the lifeline provides 24/7 service via a toll-free hotline with the number 9-8-8. It is available to anyone who is in suicidal crisis, has emotional distress, or is concerned about a loved one experiencing these symptoms. 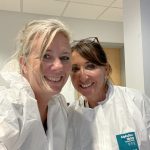 Leaf411 is the first cannabis nurse hotline and guidance service. A 501(c)(3) nonprofit organization, Leaf411 was founded in 2019 with a mission to provide education and directional support to the general public about the safe and effective use of cannabis (marijuana and CBD hemp). With a combined total of over 45 years experience in nursing and 14 years in cannabis nursing, Leaf411's leadership team has assembled the knowledge and data to move the mission of tackling healthcare inequality forward. Together both Katherine Golden, RN/CEO/Executive Director and Founder of Leaf411 and Eloise Theisen, AGPCNP-BC, and Chief Nursing Officer of Leaf411, successfully guides the team of cannabis nurses who passionate about helping the community access balanced education about their cannabis use while also improving public perception of the cannabis industry. For more information visit leaf411.org or join the conversation on Facebook and Twitter.