Autism is More Than A Diagnosis 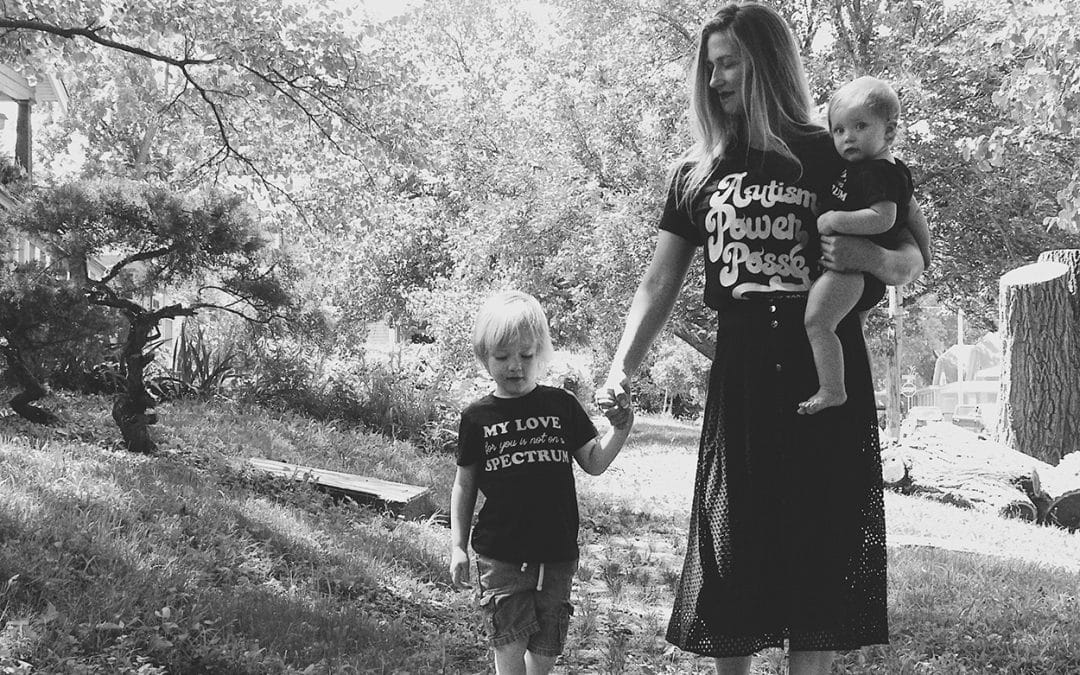 MamaFitWhit reflects on her own journey around autism

Ever since that day sitting on the couch listening to the medical doctor, child psychologist, speech and physical therapist discuss my son’s developmental shortcomings I’ve had tunnel vision. In that moment with my ears burning, heart breaking and eyes watering simultaneously I felt my world crumble.

My son was diagnosed with autism when he was 3 years old. We started noticing signs of delayed speech and avoiding eye contact between 18 months and 2 years old. Prior to this time he was developing normally and, in some cases, exceeding his peers. It was just before he turned 2½ that he qualified and started receiving speech therapy services through a local early childhood intervention program. Despite that qualification, for each speculation of delayed development there was a lapse period of 3-6 months before he could be evaluated.

April is Autism Awareness Month. Autism or ASD (Autism Spectrum Disorder) affects nearly 1 in 54 children, 1 in 37 boys and 1 in 151 girls according to the Centers for Disease Control and Prevention (CDC).  These statistics are only those of which have been officially diagnosed by a medical professional. The numbers are as high as 1 in 40 when diagnosed at home by parents and caregivers. Furthermore, the diagnosis is considered a spectrum because no child with autism is the same; they each have varying abilities and social skills.

Unfortunately, many children go undiagnosed due to lack of resources and funds for costly clinical evaluations. It is important to bring awareness to the rapid growth of autism in our society, what it is, resources for educational development, and potentially helpful therapies.​

I do not capitalize autism as this developmental disorder does not define my child or any other with ASD.

Most people know what autism is or at the very least have heard of it. I was one of those people who thought they knew what autism was. We are told by the medical community that autism is a developmental disorder that impairs one’s social interaction, speech, and communication; and oftentimes includes obsessive and restricted/repetitive behaviors and interests.

As a parent I have spent countless hours researching autism and the underlying conditions of its symptoms. I believe there is much more to the internal health side of autism than solely what is presented externally.

Common physiological difficulties amongst children with ASD include conditions such as encephalitis, seizures, nutrient deficiencies, as well as digestive and sensory issues.

Encephalitis is inflammation and swelling of the brain. In some cases children with autism may bang their heads against objects in an effort to counteract the pressure they’re experiencing. Seizures are also quite common but not always noticeable. My son in particular suffered from absence seizures. It was one of the signs I missed during his early development. It can look like staring spells however the difference is that a staring spell will not interrupt awareness during active participation whereas the absence seizure will begin and end suddenly usually lasting less than a minute.

Nutrient deficiencies and digestive issues are widely known to affect brain function. These issues are true for most children and people in general, yet the systems of little ones with ASD are especially susceptible.

These symptoms only scratch the surface of the havoc that is going on inside the bodies of children with autism. Which is why it is extremely difficult to pinpoint the best approach for each child. 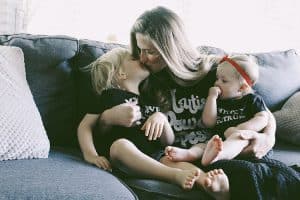 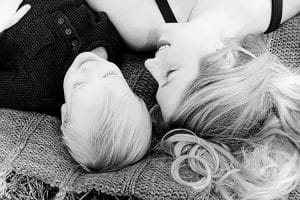 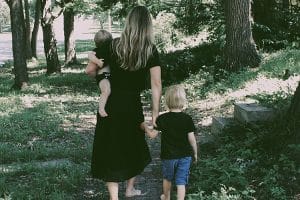 I personally spent many months journaling details about my son’s symptoms as well as researching ways to improve his quality of life. I took matters into my own hands because unfortunately the medical doctors we worked with lack guidance in terms of treatment or resources.

We were handed a packet of resources from the hospital the day our son was diagnosed. I dove into the materials on the drive home and by the time we pulled into the driveway I had sent two emails and ordered a few books recommended by the professionals. Although intentions were good, the information was outdated, and the resources listed were next to impossible to acquire. Over a year later my son is still on the waiting list for one of the services that is provided by the state. I’m so glad I didn’t wait. It took my own initiative to find the help he needed.

The first steps we took included setting up a meeting with his teachers at school and re-evaluating his IEP (Individual Education Plan), scheduling Music Therapy, as well as many phone calls in search of ABA (Applied Behavioral Analysis) and Speech Therapy. The price of private therapy and availability was daunting and at times upsetting. However, in the face of adversity I continually try to find solutions rather than wallow in self-pity. I don’t want to come off insensitive but rather to say that when things get tough, you just gotta get tougher.

There were so many variables that I could not control when it came to help my son. Yet I knew there was more that could be done. I read for hours a day in the beginning. After I put the kids to sleep each night, I would devour books on autism. Within 6 months I’d read over 15 books. Be that as it may most of the books were not helpful to our situation, alas. Although I continue to find ways to educate myself daily.

Of the many books MamaFitWhit read, these two stand out as valuable in the learning process. 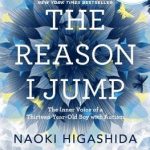 The Reason I Jump: The Inner Voice of a Thirteen-Year-Old Boy with Autism

Written by Naoki Higashida, a very smart, very self-aware, and very charming thirteen-year-old boy with autism, it is a one-of-a-kind memoir that demonstrates how an autistic mind thinks, feels, perceives, and responds in ways few of us can imagine. Parents and family members who never thought they could get inside the head of their autistic loved one, at last, have a way to break through to the curious, subtle, and complex life within. 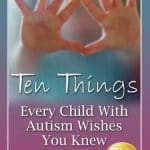 Ten Things Every Child with Autism Wishes You Knew

Framed with both humor and compassion, the book defines the top 10 characteristics that illuminate the minds and hearts of children with autism. Author Ellen Notbohm’s personal experiences as a parent, an autism columnist, and a contributor to numerous parenting magazines coalesce to create a guide for all who come in contact with a child on the autism spectrum.

Taking matters into my own hands, I knew one of the main things to do to benefit my son would be in terms of diet and nutrition. As a health professional I understand the importance of diet and supplementation. There is a direct correlation to what we consume and the corresponding behaviors. So we cleaned up his diet and focused on foods and supplements that would help with cognition and decrease inflammation.

One of the supplements I feel strongly about in terms of decreasing inflammation is CBD. Research illustrates that the benefits of CBD can include but are not limited to relieving pain, anxiety, inflammation, and improving sleep quality. It’s only been in the last decade that I’ve turned to plant medicine first for my own health and that of my family’s. Whatever route one chooses it’s important to feel confident in your own research and ultimately what feels right, intuition should not be overlooked.

It is not my intention to wrap this up with a pretty bow for an attractive delivery. Rather, my purpose is to educate beyond the scope of a simple definition; to provide a closer lens to what it looks like for the child and the family (from my personal perspective) in hopes others know they are not alone. I don’t have all of the answers, but I do have experience and a never-ending love and dedication to my child. To all of these children and their families.

There are times when I don’t know what to do, don’t know how to respond to a meltdown or how to explain to a stranger his struggles. There are times when I choke back tears and am unable to get any words out at alI. Times when I don’t understand and nothing I can do to help. It’s during these times that I fall to my knees and just hug my son. I hold him until he pushes me away, holds my face in his hands, plants a sweet kiss on my cheek, and then we move forward. 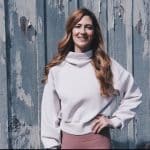 Born and raised in rural Kansas, @MamaFitWhit carries a sense of small town appeal on her sleeve. MamaFitWhit is a personal trainer (in person and online) and business owner. She has a passion for health, fitness, and motherhood. For over a year and a half she has been advocating for Autism Awareness and is devoted to educating herself and others about Autism Spectrum Disorder (ASD). Education about cannabis as medicine and how it can be utilized for overall wellness is a growing concentration of hers.