Psychedelic Mushrooms: What You Need to Know About Psilocybin 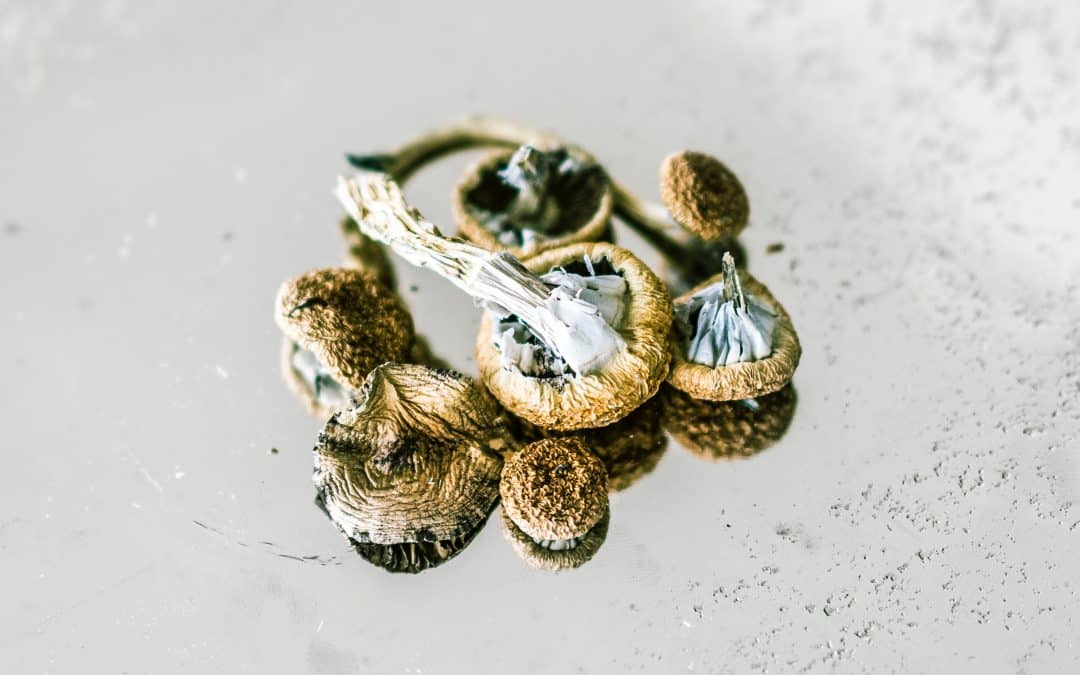 With a movement to decriminalize and even legalize psychedelics, and more research coming out about the potential benefits of some hallucinogenic substances, magic mushrooms are a big topic of conversation as of late. But what exactly do you need to know about these fungi? We take a look at the potential health benefits and risks involved with taking magic mushrooms, as well as this hallucinogen’s legal status.

Magic mushrooms can be found in the wild, but they can also be cultivated and produced synthetically. What makes them “magic” is they contain the hallucinogenic compound psilocybin. Similar to THC in cannabis, psilocybin is a naturally-occurring psychoactive compound found in certain types of mushrooms. Dr. Albert Hofmann first isolated psilocybin in 1958; interestingly, he was also the scientist who discovered lysergic acid diethylamide, more commonly known as LSD, 20 years earlier.

Magic mushrooms can be eaten freshly picked or dried and are frequently mixed with food or beverages to mask their bitter flavor. The fungi can also be coated in chocolate or dried and brewed in a tea. Some consumers even mix the dried mushrooms with tobacco or cannabis for smoking.

Not all mushrooms contain psilocybin, but those that do look like ordinary dried mushrooms with long, slender stems and dark underside gills. Around 100 species of mushrooms contain psilocybin. They grow mainly in tropical regions of the United States, as well as Mexico and South America, but they can be found on every continent except Antarctica. Psilocybe cubensis is the most common species. These “shrooms” usually contain between 0.2 and 0.4 percent psilocybin that, when ingested, is converted in the liver to produce psilocin.

Psilocybin mushrooms are illegal in the United States, classified as a Schedule 1 drug by the U.S. Department of Justice. This classification means it has a “high potential for misuse and has no currently accepted medical use in treatment in the United States.”

However, some municipalities don’t agree with this classification. Cities like Denver, Colorado, and Oakland, California, decriminalized psilocybin mushrooms in 2019. In February 2021, Oregon became the first state to decriminalize the possession of all drugs and legalize psilocybin for mental health treatments. But decriminalizing a substance doesn’t mean it’s legal. The two terms should not be used interchangeably. Legalization refers to something that is now legal but was once illegal. Decriminalization means that criminal penalties for an illegal act are not being enforced. But the action is still illegal, and civil penalties usually still apply.

Information abounds on the internet stating that psilocybin mushroom spores are legal in most states for the purposes of research, but this can be a bit confusing. A mushroom spore is a single cell responsible for reproduction in mushrooms. The spores are produced by the gills under the mushroom cap, and appear as a fine, dark powder. The spores do not contain psilocybin, so the argument is that they must be legal. However, cultivating the spores into mature mushrooms remains illegal. Once the spores germinate, they begin to form mature mushrooms, which do contain psilocybin. California, Georgia, and Idaho have made spores illegal to buy because lawmakers think that will further prevent cultivation.

Will psilocybin be legal one day in the U.S.? In the case of cannabis, decriminalization and legalization for medicinal use were two of the first steps toward legalization. Many advocates are petitioning for a similar process for psilocybin on state and national levels. 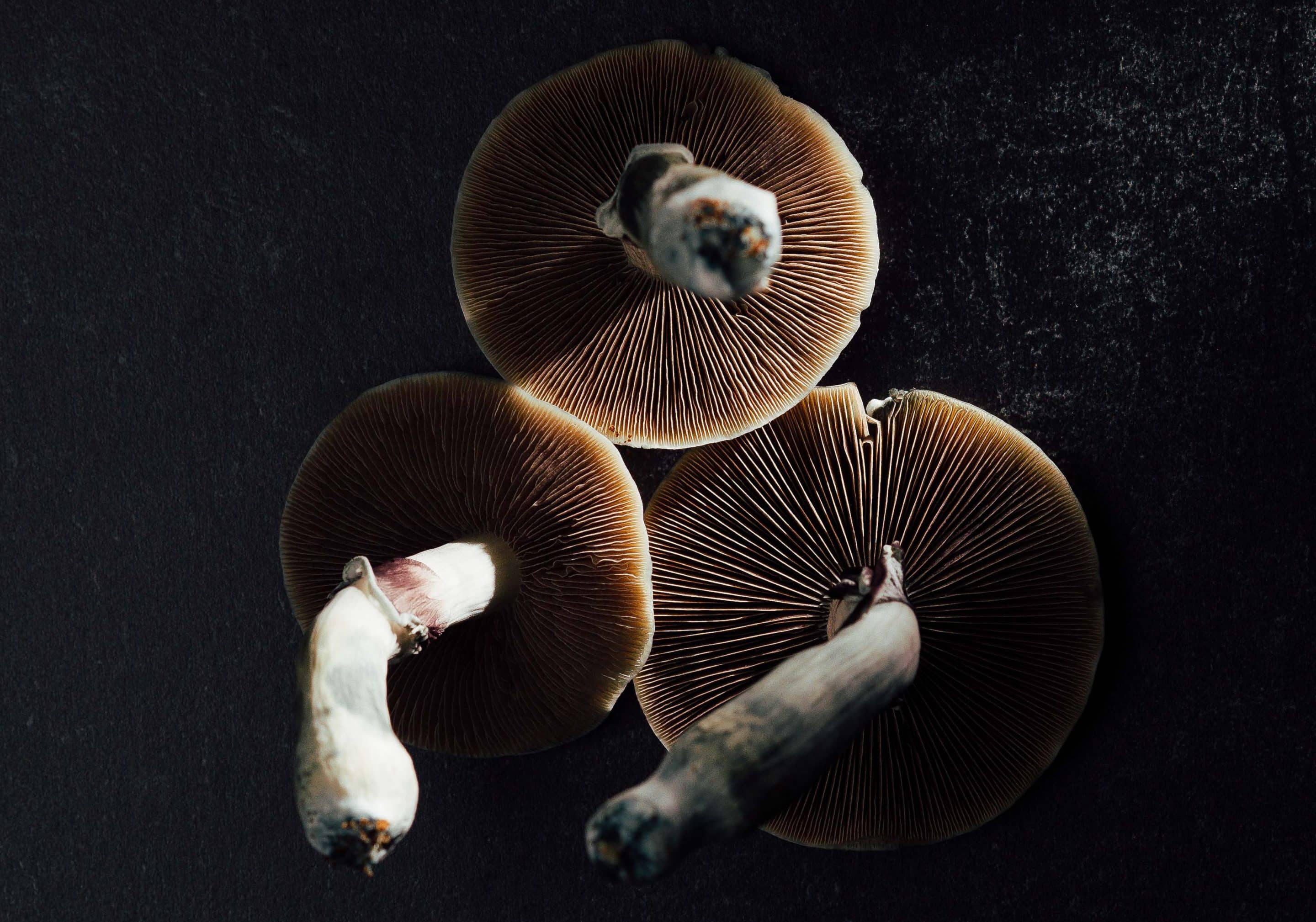 What are the medical benefits of psilocybin?

Psilocybin research shows promise in treating various behavioral disorders, such as anxiety, depression, mood disorders, and addiction. This is partially because the body converts psilocybin to psilocin, and the psilocin can raise the brain’s serotonin levels.

Research institutions like the Center for Psychedelic and Consciousness Research at Johns Hopkins University have petitioned for a reclassification of psilocybin from Schedule I to Schedule IV in order to allow for medical use. Schedule IV drugs are deemed to have a low potential for abuse and are considered to be currently accepted for medical use in treatments.

Johns Hopkins researchers are in favor of such a classification because they’ve found psilocybin to be an effective treatment for depression, nicotine, alcohol, and opioid addictions, as well as for PTSD, Alzheimer’s disease, and anorexia nervosa.

Serotonin plays a role in all of the above-mentioned conditions. For example, a serotonin deficiency is the main cause of anxiety disorders. It turns out psilocin and serotonin share chemical and pharmacological profiles, suggesting psilocybin may have similar effects to serotonin.

Regarding the treatment of neurodegenerative diseases, like Alzheimer’s disease, psilocin is known to increase both neurogenesis and neuroplasticity. Neurogenesis is the creation of new nerve cells (neurons) and new connections in the brain. In a healthy person, neurogenesis occurs throughout a lifetime, but the process can be interrupted by disease, mental illness, insufficient sleep, alcohol or drug use, and poor nutrition. Neuroplasticity involves a change in how the brain is wired by activating new neural pathways. Both are linked to improved mental health.

In 2019, the U.S. Food and Drug Administration (FDA) granted breakthrough therapy status to psilocybin after promising preliminary results from two clinical trials. The FDA only grants breakthrough status when there is a demonstration of enormous improvement over current therapies. In the first trial run by Compass Pathways, psilocybin was tested as a treatment for severe treatment-resistant depression, defined as depression that does not improve after the use of two different antidepressant treatments. Results recently published in the Journal of Psychopharmacology are favorable. It seems that psilocybin, along with psychological support from trained therapists, is effective and warrants further study.

In the second trial conducted by the nonprofit Usona Institute, psilocybin was tested as a treatment for major depressive disorder. Researchers found that a single dose of psilocybin had a long-lasting impact on eliminating depressive symptoms. At the end of 2021, larger clinical trials were underway with 300 patients enrolled in 10 countries. Treatments could appear in clinics as early as 2024.

Are there side effects to psilocybin?

After consuming psilocybin, it can take up to 40 minutes to experience the effects, which last about six hours, the length of time it takes for the body to metabolize psilocin. Psilocybin is a hallucinogenic drug, so common side effects can include a relaxed feeling or drowsiness. Or, partakers may experience the opposite end of the spectrum, including nervousness, feelings of panic, paranoia, hallucinations, and even psychosis.

The effects are very individualized, depending on the dose. A microdose can produce mood enhancement while a moderate dose may cause mild hallucinations. There are a number of factors to consider in addition to dosage, including a person’s age, weight, emotional state, and history of mental illness. Mushrooms also vary in their psilocybin content, so standardization is not always possible. All hallucinogenic compounds, including psilocybin, have a risk of triggering mental and emotional problems, and people with pre-existing mental illnesses may have adverse reactions (a.k.a. a “bad trip”). In some worst-case scenarios, overdosing on magic mushrooms can trigger convulsions. Drug use data shows that teens, in particular, tend to mix magic mushrooms with alcohol and other drugs, so both the physical and psychological risks are greatly elevated when drugs are used in combination.

As with any illegal substance, psilocybin mushrooms are unregulated, so determining the quality and purity of the product, and the proper dosage, is difficult or even impossible. Unregulated products also have a higher potential of being contaminated with other substances. People who take mushrooms that have been contaminated with other drugs may show signs of mushroom poisoning, high body temperature, or high heart rate and blood pressure.

Despite the risks involved, psilocybin is showing tremendous potential through modern medical research. The current FDA status and clinical trials have blazed the trail for the fungi to possibly change the mental health landscape in a meaningful way. 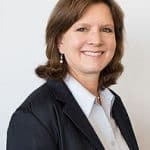 Jacqueline Havelka is a rocket scientist turned writer. She is a biomedical engineer trained at Texas A&M University and worked as a NASA Johnson Space Center aerospace contractor in her first 25-year career, where she managed space life sciences experiments and data for the International Space Station & Space Shuttle. In 2017, she founded her own company, Inform Scientific, to provide medical and technical freelance writing from the shortest blog article to the longest NIH grant to obtain funding. She particularly enjoys writing about naturopathic and homeopathic medicine, an all-too-forgotten ancient art form in today's modern world of pharmaceuticals. Jacqueline always had the desire to start her own business, and she loves the challenge and diversity of international projects that her business brings. She learns something new every single day, and that is a very good thing.