How To Microdose Magic Mushrooms: An Intro to Psilocybin 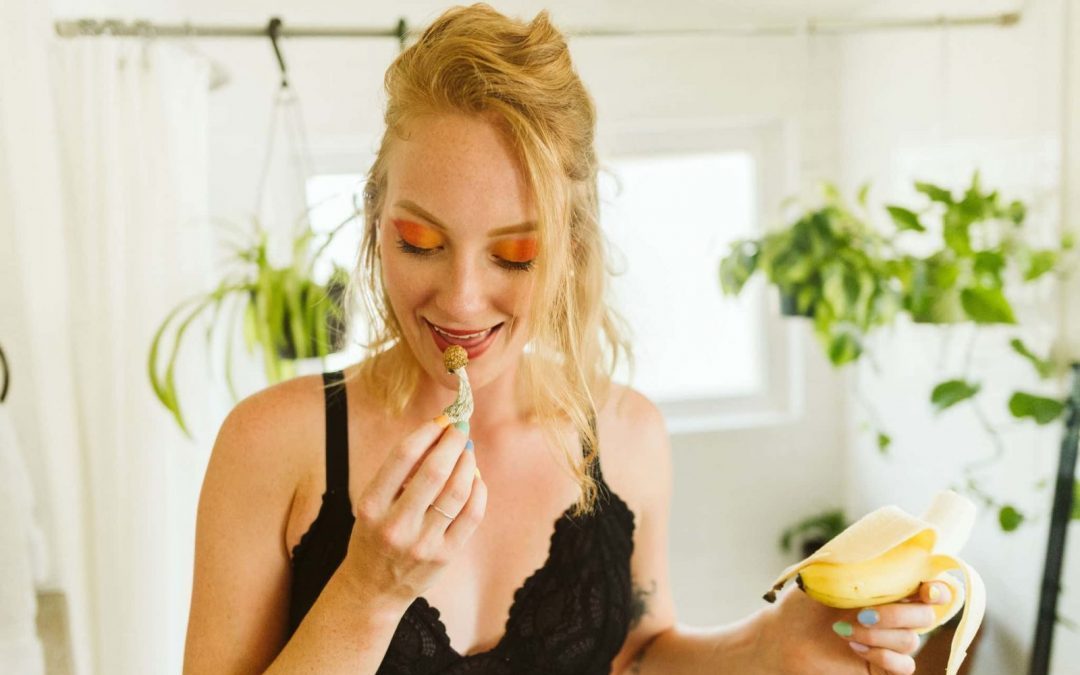 Lately, it seems like everyone is talking about microdosing mushrooms.

Although practiced in the U.S. since the 1960s, taking small amounts of psilocybin has recently gained waves of traction in the tech-industry, among millennials, and in wellness communities. Even The New York Times has covered how these fungi have potential to heal us.

Curious about microdosing mushrooms? Here’s what you need to know about this entheogen.

What is microdosing mushrooms?

Microdosing mushrooms is the practice of ingesting a small amount of psilocybin, a hallucinogenic substance found in certain species of fungi, usually Psilocybe cubensis (one of the most popular species of psychedelic mushrooms). This would typically be around 1/50th of a “tripping dose.” In larger, recreational doses, psilocybin can produce hallucinations, distorted vision, loss of time, and more.

However, with a microdose, which is usually around 0.05-0.25g, these physical responses do not occur, or if they do, they are extremely mild. Alternatively, many say microdosing psilocybin can provide a greater sense of clarity and presence by opening new neural pathways in the brain, occasionally lending the consumer a new perspective on life.

Benefits to microdosing have been found to be quite extensive, from helping treat depression and anxiety, to boosting focus and creativity. There have been multiple clinical studies on microdosing mushrooms since the late 1990s and early 2000s. If you haven’t already watched the 2019 documentary Fantastic Fungi or know of the work of mycologist and author Paul Stamets, we recommend acquainting yourself with both to learn more about psilocybin.

Dr James Fadiman, a pioneering researcher and long-time advocate of psychedelics, was one of the first researchers who studied microdosing psilocybin. He began his research in the 1960s and is still conducting studies today. In 2017, he published a study that compiled data from 1,850 regular microdose participants (from 59 different countries, ages 18 to 77) over 18 months. The data showed the benefits of microdosing outweighed typical placebo effects. Self-reported effects from the participants on Fadiman’s research included reduced anxiety, reduced depression, reduced migraines, and help with processing trauma and working through substance abuse.

Other studies have shown psilocybin may be helpful for treating addiction, helping patients cope with end-of-life distress, deepening a person’s spiritual life, and improving personalities by making a person more open-hearted, creative, and curious. 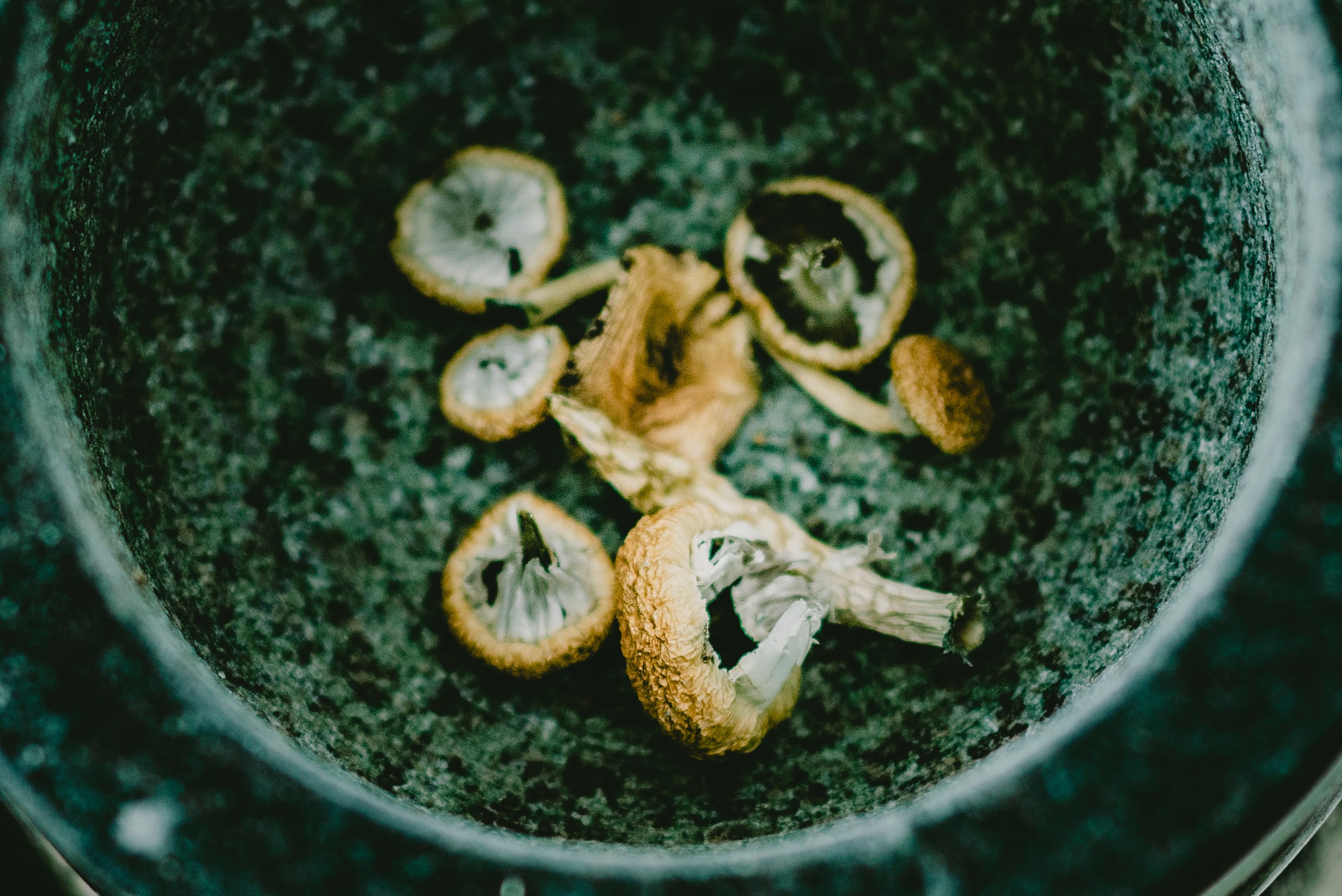 Psilocybin is a Schedule I Drug, which is considered to have no medical benefit and a high-risk for substance abuse. Despite the federal classification, there are some states and municipalities that have recently decriminalized the substance and recognize its potential healing abilities.

Denver, Colorado was the first city to decriminalize psilocybin in 2019, followed by Santa Cruz and Oakland, California; other cities include Seattle, Washington, Ann Arbor, Michigan, and Cambridge, Massachusetts. Oregon recently became the first state to decriminalize the possession of all drugs and legalized the psychedelic fungi for mental health treatments in February 2021. As the medical utility of psilocybin gains acceptance, many other U.S. cities and states are considering following suit and decriminalizing psilocybin.

Preparing and consuming a microdose of psilocybin

Before considering any amount of psilocybin, consumers will want to ensure they have a legal, vetted source from which they procure their supply.

Mushrooms should be stored in a safe, cool, dry, and dark location, away from where any children or pets may find them — a tightly sealed jar or lock box in an up-high cabinet or closet is recommended.

To weigh out a precise dosage measurement, consider investing in a small kitchen scale that can measure to at least 1/100th of a gram.

In the morning, the effects of psilocybin are enhanced on an empty stomach and can last anywhere from 4-8 hours. Consuming late at night can cause one to get sleepy or become energized, depending on the individual.

There are many methods of orally consuming psilocybin mushrooms, such as eating dried mushies, grinding them down and putting them in capsules or in a beverage,

such as tea or coffee, or taking them with lemon or orange juice (known as lemon tek or OJ tek). Sometimes people will also hide them in food to mask the earthy flavor. Capsules or orange juice tek are both easy to incorporate into a daily medicine regime, flavor free.

Orange juice tekking (tekking is short for technique) is a method where mushrooms are put in orange juice, or lemon juice, to consume. This can curb nausea by breaking down the psilocybin with the acid in the juice so your stomach acid doesn’t have to do all the work. It is said to enhance the psilocybin’s effects and can shorten the time it takes for onset.

While it’s important to be mentally, emotionally, and physically prepared for a high-dose trip, that’s not necessarily true for a microdose session.

In Fadiman’s 2011 book The Psychedelic Explorer’s Guide: Safe, Therapeutic, and Sacred Journeys, he explains that the “set and setting” of a high-dose psychedelic trip are essential to the experience. He believes one of the many advantages of microdosing is you don’t need to consider set and setting, rather, you can incorporate microdosing into daily life without any risk or fear of unintentionally taking a trip into the fractals of outer space.

If you’re feeling apprehensive or want to experience microdosing with some help and in a different location than your home, there are several microdosing retreats around the world in locales such as Sweden, Jamaica, or the Netherlands. There are also microdosing coaches who can guide you through all steps of the process.

When microdosing as a regular practice, many micro-dosers (or psychonauts) follow a schedule in order to successfully reap the long-term benefits. For those who choose a set schedule, there are two common methods.

Though many people follow a set dosing schedule, some microdosers are less strict and take a microdose based on the day’s activities (social events, cleaning, etc). Both Fadiman and Stamets recommend not consuming psilocybin daily, as tolerance can increase and your body needs time to replenish its natural chemicals, such as serotonin. As with other plant-based substances, such as caffeine, taking days off keeps tolerance low.

As we said above, the most common type of hallucinogenic fungi is Psilocybe cubensis, which contains about 0.6% psilocybin, according to Reality Sandwich, a platform owned by DELIC CORP. This means each gram contains 6mg of pure psilocybin. With that in mind, Reality Sandwich has created a helpful graph to gauge the potential effects you will feel when ingesting a certain amount of mushrooms. Make sure to have that small kitchen scale ready. 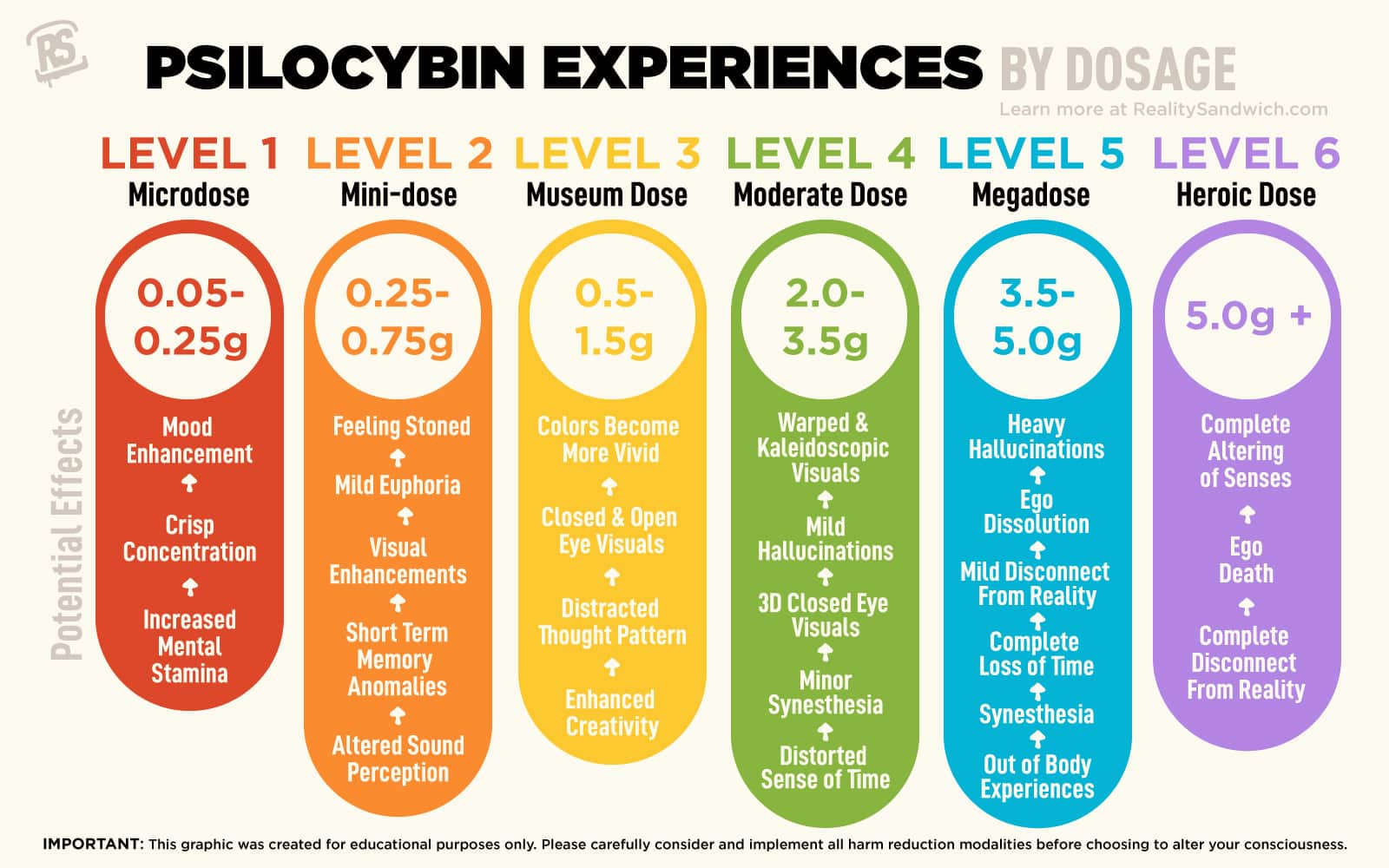 When in doubt, start low and go slow. Effects can differ based on individual body composition, diet, mindset, and the potency of the strain and batch of mushroom.

As psychonauts say, have a great trip. 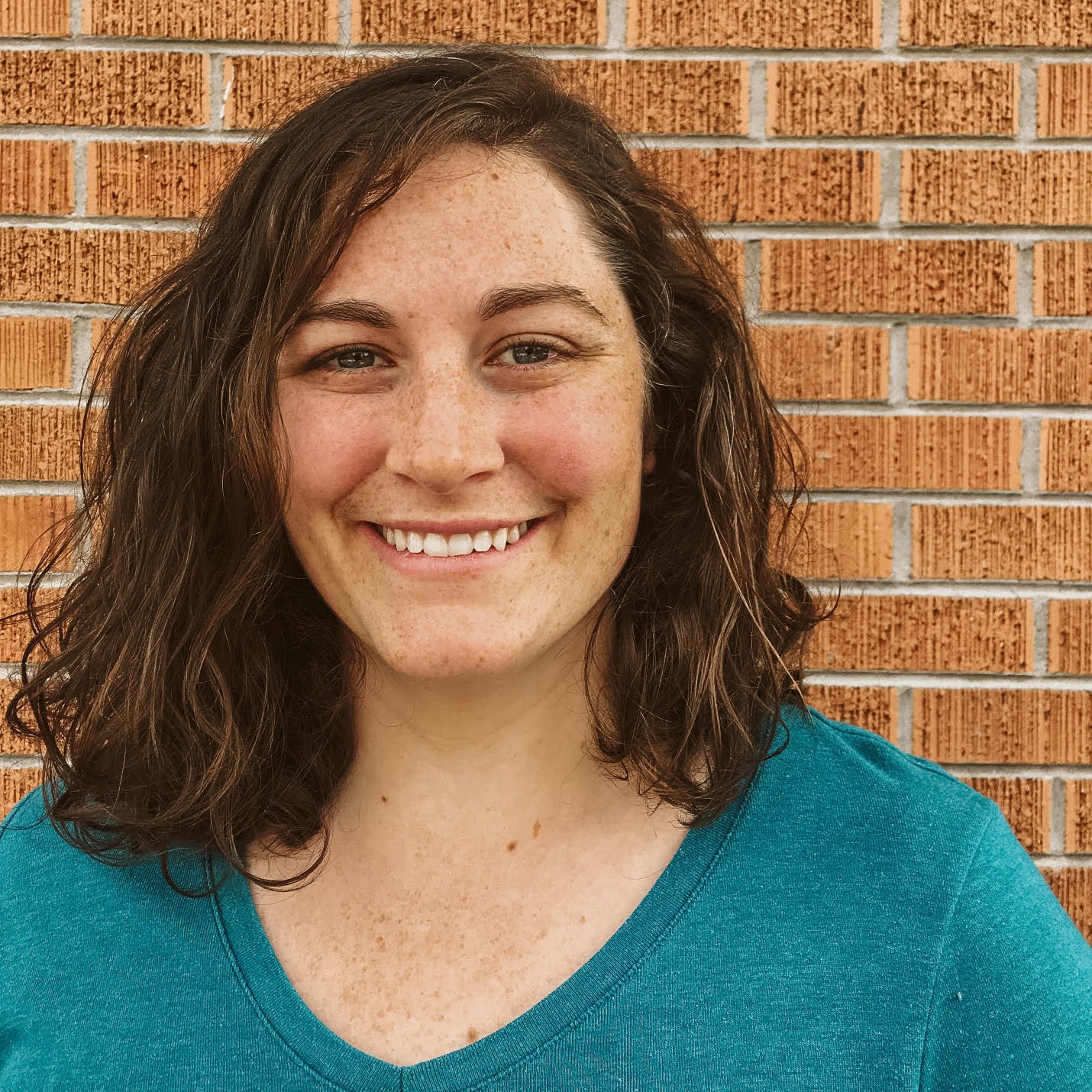 SK Belford is co-host on the podcast High Minded with McCarter and a freelance writer living in Boulder, Colorado. A passionate cannabis and plant medicine advocate, you can find her on Instagram @herhighnesssk. 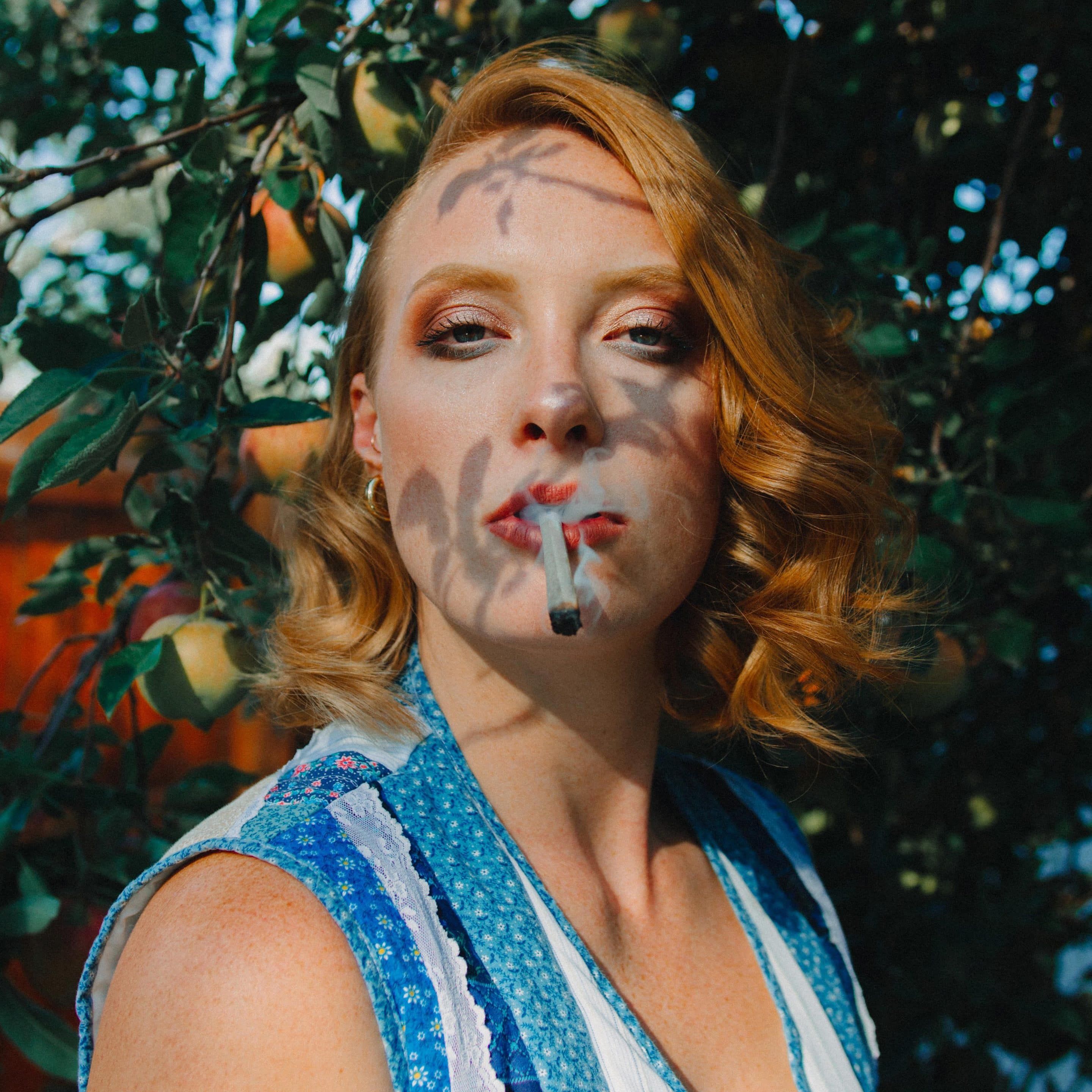 Emily McCarter is a plant medicine mental health advocate and cannabis marketing consultant living in Boulder, Colorado. She hosts the podcast High Minded with McCarter and shares her journey on Instagram @mccartergetshigh.