I Can’t Even: Reframing the Narrative Around Women and Chronic Stress

I’ve always been one of those girls. You know, the know-it-all, the teacher’s pet, the overachieving, always reading, homework-loving, to-do-list-crossing-off, can-do-it-all, leading-the-class-project, and nevermind-I’ll-just-do-it-myself kind of girls.

It doesn’t always make me the most fun person to be around, but it has served me well in managing family, grad school, and every job I’ve ever had. And yet this spring I found myself sitting at my desk, unable to write and send the most basic personal and professional emails. I would look at my ever-growing to-do list on both fronts and be unable to summon the will to tackle a single item. Instead, I would spend the day searching for the end of the Internet while my internal monologue screamed at me about how much I needed to get done.

Sound familiar? Essentially, even if the specifics of your situation were different, you’ve probably spent a period of time feeling like the embodiment of the phrase “I can’t even.”

When I started reading Burnout: The Secret to Unlocking the Stress Cycle by Emily and Amelia Nagoski, it felt like it was a map to a world I didn’t know I needed.

I already felt strongly that Emily Nagoski’s last book, Come As You Are: The Surprising New Science that Will Transform Your Sex Life should be read by anyone with a vagina or people interested in being sexually involved with someone with a vagina, and I have to say the same about Burnout: If you are a woman, you care for a woman, or spend a lot of time with a woman, you should read this book. And then give it to everyone else you know and don’t stop talking about it until everyone you know has read or heard about it.

In a very frank and readable style, the Nagoski sisters unpack how stress—some of it personal, and a lot of it related to just being a woman out here in the 21st century—impacts women. The authors highlight the ways in which stress, especially chronic stress, can affect the body, such as high blood pressure, which can lead to potentially life-threatening heart conditions. 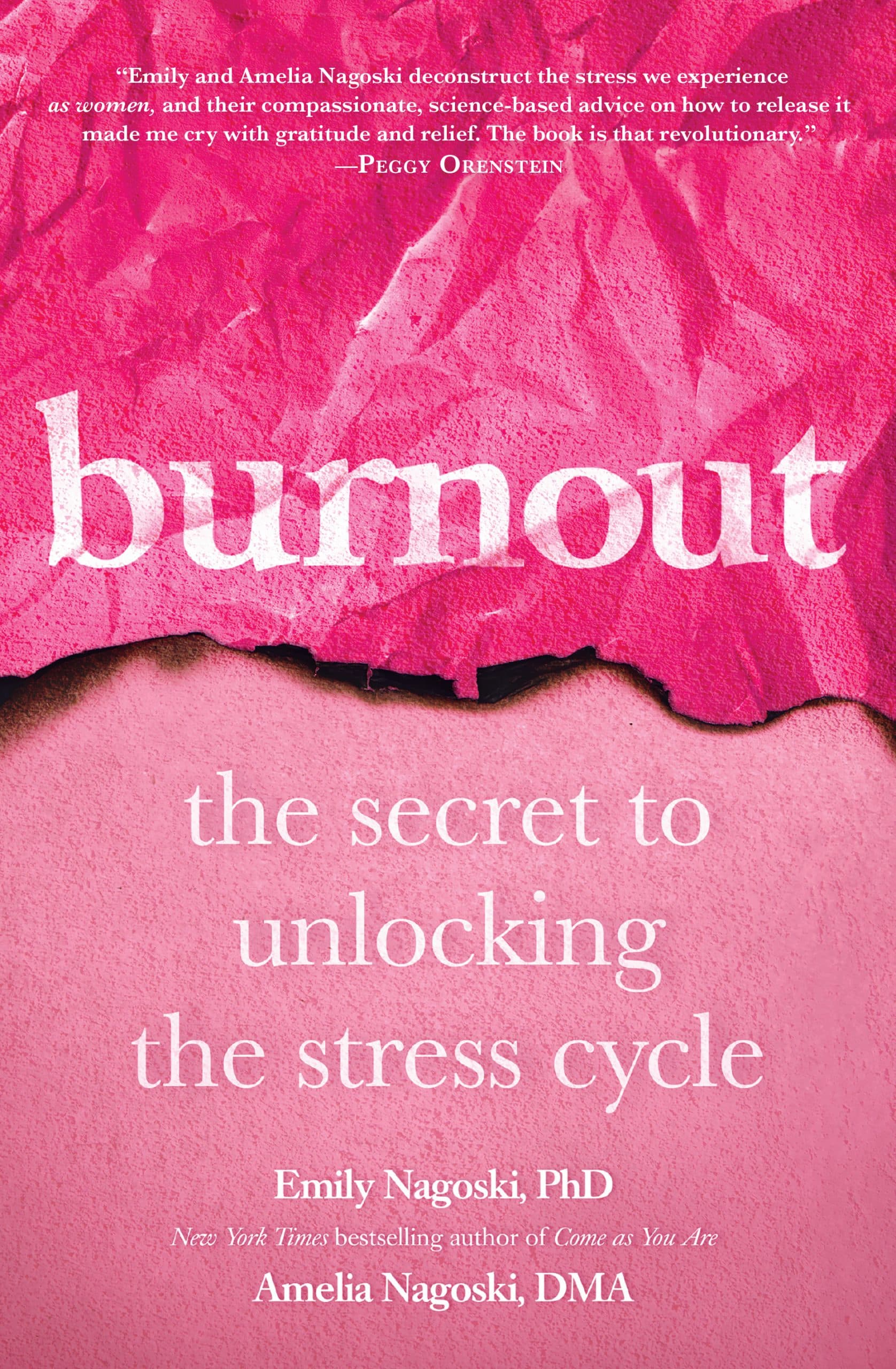 They also walk through some ways that you can complete the biological stress cycle, thus better enabling you to relax. But this isn’t a traditional self-help book with daily exercises about what to do if you feel stressed or burned out.

Rather, the Nagoskis are working to expose the decades of bias in medicine, in which women aren’t studied as often as men or are often treated like “men with hormones,” meaning we don’t even realize what we don’t know about women’s bodies.

Female narrative frames, from women’s orgasms to women’s heart attacks, are derived from understandings and cultural representations of how men’s bodies respond, and these narratives matter deeply when it comes to understanding female-selves or recognizing what might be wrong.

In one study (that will stay with me for a long time), the Nagoskis discuss “learned helplessness” in rats.

Essentially the study involves first exposing rats to an “aversive stimuli,” like an electrical shock. The rats will try to get away from the stimuli by escaping. When that same group of rats is given an unwinnable task, like a “forced swim test” where they can’t reach dry land no matter how hard they try, the rats will eventually give up and just float rather than swim. But when the rats are taken out of the swim tank, they seem to take that feeling of helplessness with them. Instead of running from the aversive stimuli, the rats will not even try to escape, because their experience with the swim tank makes them feel like it’s pointless to try.

That’s the learned helplessness in action. Even more startlingly, the study found that female rats will struggle longer than male rats—almost twice as long—in the face of insurmountable odds, like the forced swim test, before giving up.

That’s why there aren’t specific tips for dealing with human stress, because “stress is not the problem. The problem is that the strategies that deal with stressors have almost no relationship to the strategies that deal with the physiological reactions our bodies have to those stressors […] wellness is not a state of being, but a state of action,” according to the Nagoskis.

And, more importantly, moving into a state of action requires that all of us take care of ourselves, and each other, by recognizing structural forces at work in our burnout.

Without knowing our bodies, no one can prescribe relief for stress. So what should we do? I recommend we all begin by reading this book. ⁣Join me in reframing the narrative around women’s bodies and chronic stress.