How to Talk to Your Children About Cannabis 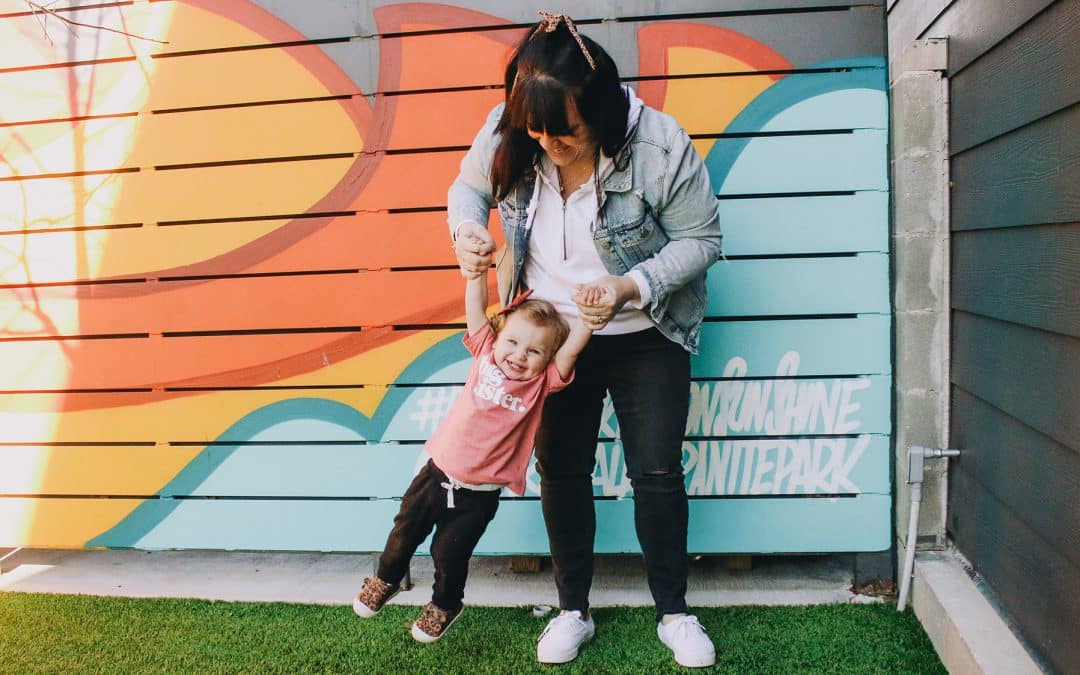 Earlier this year Amanda Fritz, a City Commissioner in Portland, Oregon, received attention in the media after responding to a Portland parent who complained about a cannabis dispensary opening next door to his child’s kindergarten.

“Cannabis sales are legal in Oregon. If you don’t want your children to buy cannabis once they are of age to be carded and buy it, I recommend you take this opportunity to instill your values into your family while they still believe every word you say is true,” responded Fritz.

That public discussion serves as a reminder that parents must decide how and when to talk with their kids about cannabis use amid a changing policy landscape and shifting social views. Several factors affect how to talk with children about cannabis, particularly where you live and what laws apply. It is important to consider if you or someone you live with is a medical marijuana patient, and whether your children see cannabis being consumed.

Jessie Gill, RN, is a cannabis nurse with a background in holistic health and hospice and mother of two. For Gill grouping cannabis in with opioids during school lessons or drug education programs (because of its status as a Schedule I drug), makes the discussions even more important.

“Kids are told these are equal dangers,” she says. “Adolescents quickly realize the dangers and risks of cannabis have been heavily exaggerated or falsified. This makes some assume the risks of opiates and other illicit substances may have been exaggerated as well. But we know opiates are dramatically more dangerous than cannabis, and it’s extremely important we teach kids this distinction. Schools aren’t doing it, so if we don’t tell our kids the truth about cannabis, who will?”

So, how do parents talk with kids about cannabis? There is no easy answer, but we can share some basics.

Consider breaking it down by age group—it’s important to note that children of different ages will process information differently. And regardless of your child’s are, it is critical to keep cannabis and cannabis-related items in a secure space where kids cannot access them.

Approach the topic just as you would any other serious subject that requires more attention, and provide validated research and resources. And in all cases, your actions also illustrate responsibility. 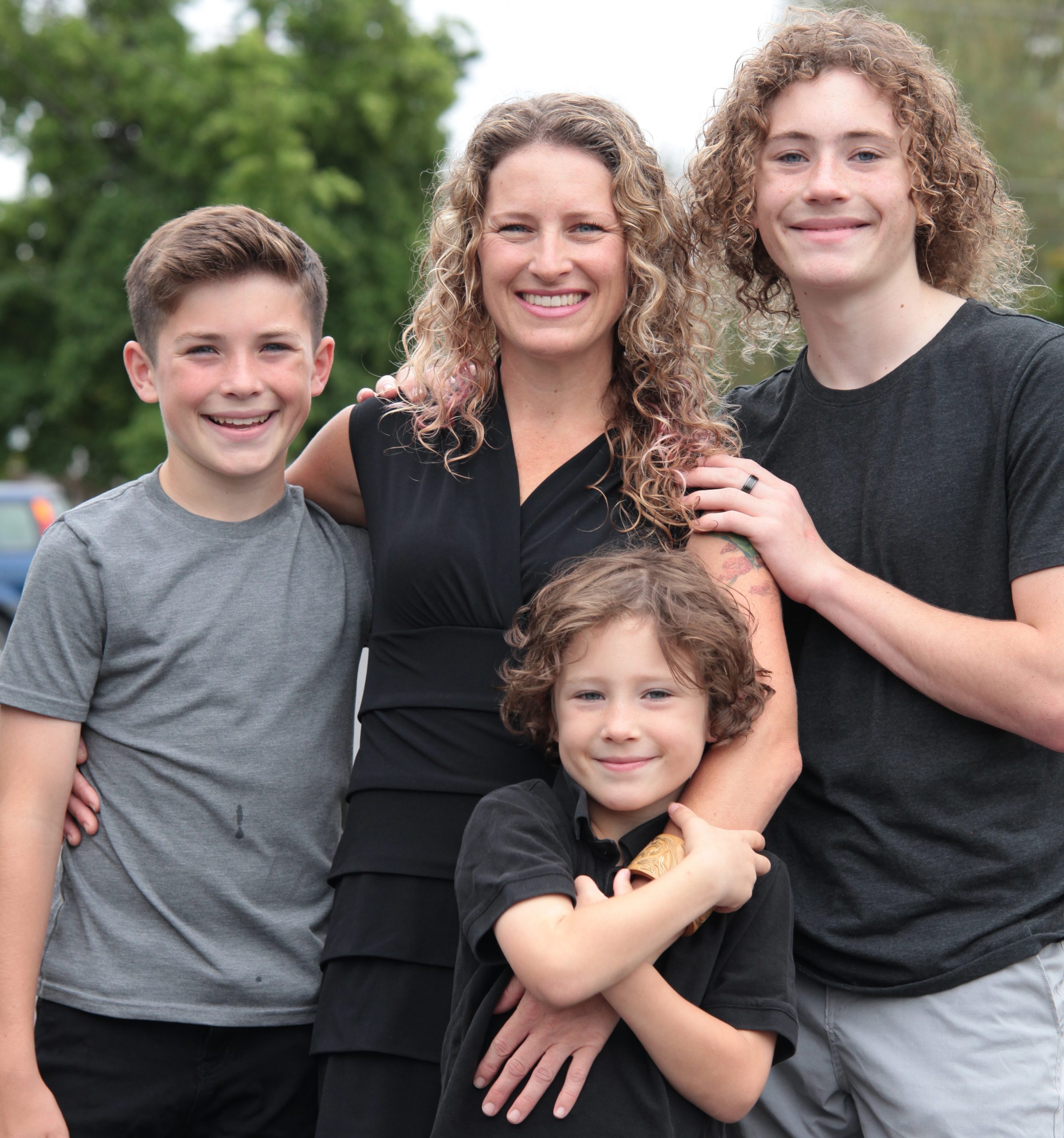 For toddlers and young children, making the conversation relevant is key. Treat the topic just as you would if your child is asking about a glass of wine, a cup of coffee, or even a household cleaner you would securely keep out of reach.

If cannabis is used for medicinal reasons, treating it and talking about it the same way you would a bottle of prescription pills is appropriate.

When it comes to talking about dispensaries or cannabis businesses, Commissioner Fritz told Sweet Jane she would play the “grown-ups only” card.

Here is Fritz’s suggested explanation: “There are stores that sell things that only grown-ups are allowed to buy, because they are not good for growing bodies. Cannabis, alcohol, and cigarettes are some of those things that are for grown-ups. That shop sells cannabis. Some people call it marijuana, but that’s not a good word. It comes from a plant. In our family, we know cannabis can help people who are sick, and it makes people who aren’t sick feel better too.”

This point in your child’s life presents a good opportunity to establish a trusting, open relationship, which is why it might be the most important time to start discussing cannabis if you haven’t already.

“When you introduce the conversation at a young age, not only are you inoculating your kids against prohibitionist propaganda but you’re also normalizing something that’s been wrongfully stigmatized for too long,” says Jenn Lauder, co-founder of Splimm.com, a pot and parenting platform. “There’s less mystique when cannabis is openly discussed, less allure when kids know it’s something their parents use responsibly. You’re also setting up an evolving conversation that will hopefully continue into your children’s early adulthood. They’ll know they can trust you with their questions or confide in you when they’re considering trying cannabis themselves.”

The Mommy Jane, aka Jessica Gonzalez, is a mother of two who decided to embark on creating a social media community dedicated to honoring the relationship among cannabis medicine, healing, and motherhood. Gonzalez believes that books are a great way to talk about this with children and  recommends “It’s Just A Plant” by Ricardo Cortés and “Green Flower Faeries” by SJ Gray.

“Another way to do so is by showing anecdotal videos of children and adults being healed by the plant,” she says, noting that  it only took a few videos of Charlotte Figi battling Dravet syndrome with cannabis to make her children “believers and tiny advocates” for cannabis. “Most parents will know which methods will work best when they have discussions with their children, but you can do a combination of a few ways: books, shows, discussions,” she says. “Remember, it’s just a plant!”

As our children become teens and grow into young adults, the dialogue about cannabis should be more open and frequent, especially in light of changing cannabis policy and the emerging cannabis industry.

With resources and tools, teens and young adults can gain knowledge and make their own health decisions objectively. To assist parents, Health Canada published a comprehensive Cannabis Talk Kit booklet in light of national legalization in hopes of generating an informed, open dialogue with older kids about cannabis.

Drawing on her research and experience, Lauder says: “My favorite resources foreground harm reduction rather than abstinence education. Sure, I’d like my kid to wait until she’s a well-adjusted adult in her 20s with a fully developed brain, a promising career, and meaningful relationships before trying cannabis. But more than that, I’d like her to be equipped with the information she needs to stay as safe as possible in the meantime.”

Gill has found it helpful to teach about cannabis in a similar way that we teach children about alcohol and other medications. Older kids are able to understand more of the social justice issues that permeate laws.

“For parents who are open cannabis users, it is extremely important for them to prepare their children for the stigma they’ll face in school.” says Gill. “Eventually there will be a teacher who says bad things about cannabis users; kids need to expect that. A good way to start the conversation with older kids is a simple, ‘What do you know about cannabis?’”

The hardest part might be starting the conversation. Motherhood has a lot of challenges, but this topic does not have to be one. Stay open and responsive with your children and continue to provide them with facts about this plant.

Photography by Amarett Jans Photography and Kristina Paparo on Unsplash.