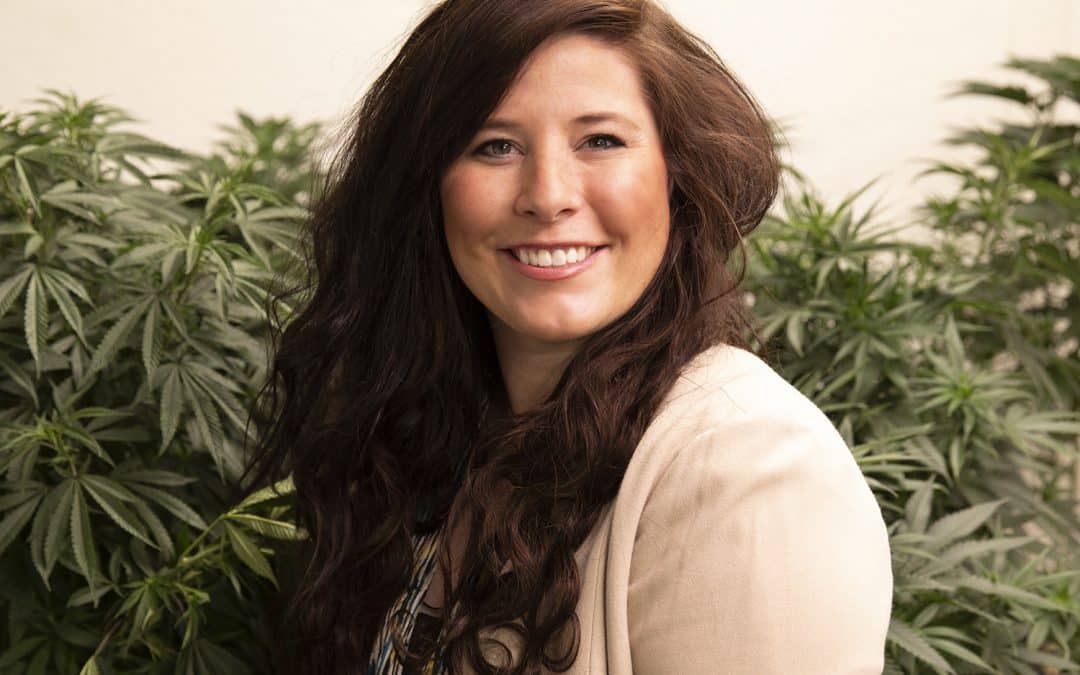 Delene Gilbert beams a welcomeness indicative to the Midwest. She and her husband, Chance, were early adopters of cannabis in Oklahoma following the state’s 2018 vote to legalize medical marijuana.

“My husband and I have been deeply impacted by cannabis and are very passionate about providing quality medicinal cannabis to our patients,” she says. The pair opened Oklahoma Roots, a cultivation organization and dispensary.

The pair turned from careers rooted in medicine—Chance sold pharmaceuticals and Delene was in nursing school preparing to become a physician’s assistant—to follow their true interests in naturopathic means of healing. However, it was the birth of their second child that led Delene to cannabis.

“I have my husband to thank for introducing me to utilizing marijuana medicinally to combat postpartum depression after having my first baby,” she says. “I felt the previous nine months spent constructing my little boy allowed plenty of time for me to become aware and prepared to go through some hormonal changes entailing times of sadness, anxiety. I was very wrong.”

Today, Delene hopes to expand others’ view of women and mothers who use cannabis while also advancing her own agenda to help as many Oklahomans get relief through cannabis. Sweet Jane spoke with her to learn more about her current plans and future hopes.

How have you been changed by cannabis’ healing effects?

After dealing with the guilt that my milk production stopped just two months after I had my son and consulting a doctor who recommended antidepressants, my depression rapidly spiraled downward from there. I was in a very dark place. … I completely stopped antidepressants, took out my birth control implant, medicated with cannabis, and turned my life completely around. It would be an understatement to say cannabis saved my life. It has saved our family.

Now, I wouldn’t say cannabis makes me a better mom. What cannabis does for me by improving my mental health manifests into my mothering abilities, wifely duties, and taking care of myself. Fueling my system with CBD and THC is something I categorize as self-care … much like exercising and eating a balanced diet.

Tell us about your advocacy work and why it’s important, especially in the Midwest?

Through co-founding the Oklahoma Women Cann Association (OWCA), we all share in a vision to not only advocate for legalization and dismantle the stigma that surrounds medical marijuana, we have been able to pull together all of our resources to start embarking on helping broaden the vision and potential for women in the cannabis industry nationwide.

Oklahoma has done something very special with our law, and through advocacy, persistence and our amazing members we have been able to pull together as a community to help support one another in their business endeavors. In fact, the ladies in this organization have been so inspirational, I wanted to do more. Being a young mother myself, I met several like-minded women who were scared to medicate pre- and post-baby, with good reason.

How do you believe we can advance mainstream acceptance of cannabis?

It’s sad knowing medical professionals are practicing medicine with patients who have not been trained in ALL realms of medicine. You’d be amazed at how many physicians have looked to [Oklahoma Roots] as a source to educate them on what cannabis can do as a medicine alternative for their patient.

Starting at an even more basic level, biology classes that have learning curriculum discussing cannabis would be a great introduction since everyone has to take the class at some point to graduate high school. Constant public exposure will eventually lead to, at the very minimum, the idea that cannabis isn’t as controversial as it was once perceived to be in the “Just Say No” era.

We have definitely set the movement in motion.