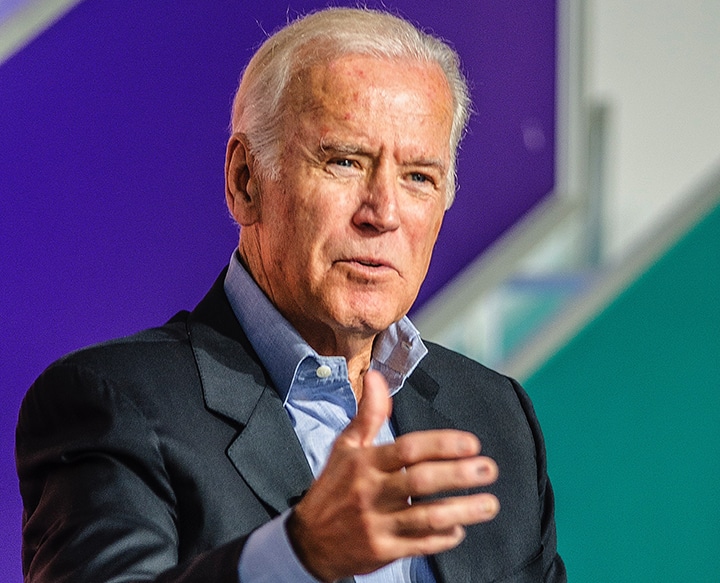 This is the first step of three in “righting the wrongs” on marijuana policy, according to Biden. Next, he is encouraging governors to take similar action, as the number of people convicted under state laws is much higher.

Thirdly, Biden said his administration is initiating a process to review the Schedule 1 drug classification of cannabis, saying “it makes no sense” that the substance is on the same level as heroin and LSD and considered more serious than fentanyl.

“Sending people to jail for possessing marijuana has upended too many lives – for conduct that is legal in many states,” Biden said in a tweet on Oct. 6 that largely echoed his official statement. “That’s before you address the clear racial disparities around prosecution and conviction. Today, we begin to right these wrongs.”

Biden did not mention decriminalization in his announcement, which he said he supported while on the campaign trail in 2019. While numerous advocacy groups praised Biden’s announcement, they also said it wasn’t enough, especially because most possession convictions are at the state level.

Some felt Biden’s announcement was long overdue, including NORML, one of the largest organizations in the U.S. advocating for the legalization of marijuana.

“For nearly two years, NORML has called upon the Administration to fulfill the President’s campaign promise to provide relief to those stigmatized with a low-level cannabis conviction,” NORML’s Executive Director Erik Altieri said in a statement. “We are pleased that today President Biden is following through on this pledge and that he is also encouraging governors to take similar steps to ensure that the tens of millions of Americans with state-level convictions for past marijuana crimes can finally move forward with their lives.”

Biden’s announcement comes just a month before the midterm elections. For those with possession convictions under federal law, they will soon be able to apply for a pardon certificate from the Justice Department. And, starting on the day of Biden’s announcement, the federal government will no longer charge people with simple possession of cannabis.