An Open Letter to Merry Jane 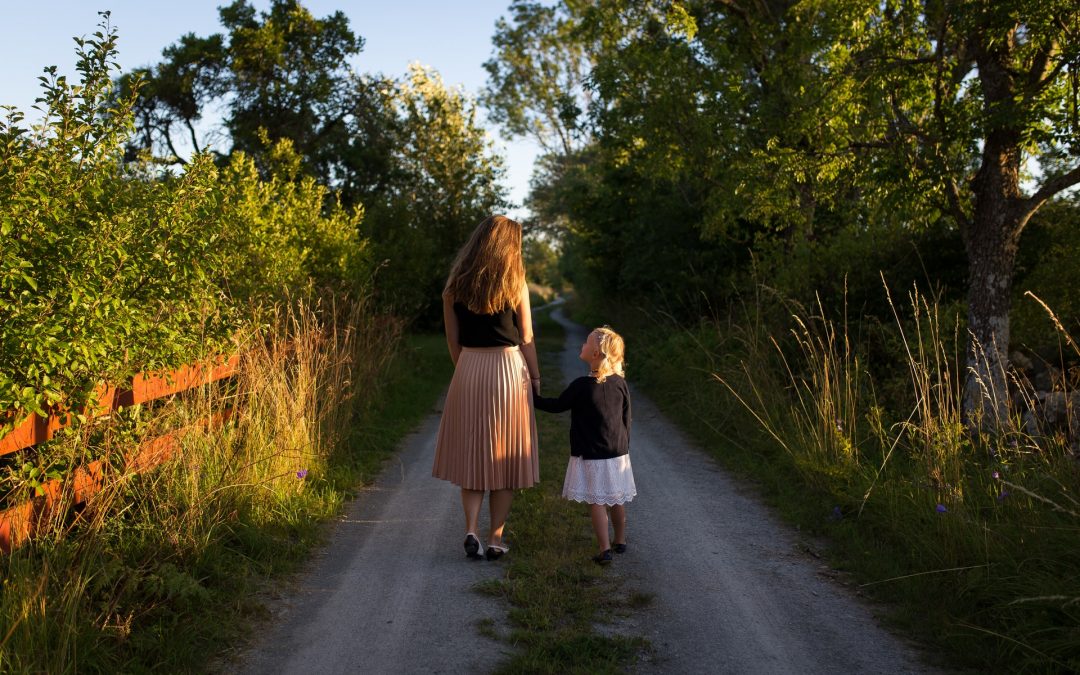 If cannabis media doesn’t treat consuming parents with dignity, who will?

EDITOR’S NOTE: Soon after publishing this letter, Merry Jane updated the featured image to the article along with an editor’s note about the feedback from readers. We appreciate their response as well as the awareness and dialogue it created.

Last month we started a new series, If Weed Were Legal. This series is our attempt, as women and mothers, to help adjust the conversation around female cannabis consumption. We believe that if mainstream media covers cannabis in a dignified way, like it does wine and spirits, then ultimately we will come closer to mainstream acceptance.

This is what the SWEET JANE mission, and more directly this series, hopes to accomplish.

But what happens when a cannabis media outlet fails to offer that same dignity? We take so many steps backwards.

Last week, Merry Jane posted a piece about mothers, parenting, and increased cannabis consumption. Seemed timely for Mother’s Day, right? What instead occurred was a visceral reaction among those of us attempting to eliminate these defaming stigmas. 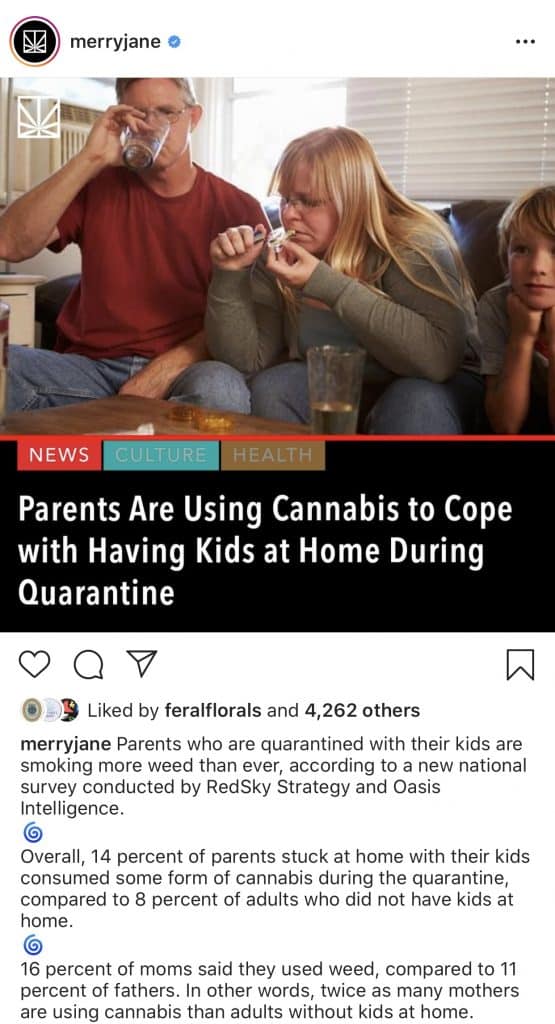 The cringe-worthy headline, “Parents Are Using Cannabis to Cope with Having Kids at Home During Quarantine” is accompanied by an even more cringe-worthy image of two adults and a child on a couch, drinking vodka, smoking from a pipe, and generally appearing irresponsible and lazy.

I can assure readers, mothers are not coping because our kids are home. That is just an ignorant statement. Furthermore, it’s insensitive to address quarantine coping in such a cavalier way when many individuals are battling the residual mental health effects of quarantine. We digress …

We at SWEET JANE take serious offense to this poor reporting and use of horrific illustration of parenting and cannabis. And, on behalf of many influential #cannamoms, we want others to know we won’t stand for this sort of clickbait.

While the writer (who from the looks of his bio doesn’t appear to be a mother) is responsible for the written piece, there is also a measure of accountability on behalf of Merry Jane’s editorial team for allowing it to publish as is. The survey data was reported by Merry Jane with an end goal: to showcase that moms are consuming more cannabis right now because they’re stressed and overwhelmed in quarantine (because that is how society views moms, right?).

What the author’s reporting unfortunately did was generalize the data and fail to acknowledge that under the current pandemic circumstances, there are multiple factors contributing to increased consumption (not just of cannabis, by the way), including exacerbated gender roles in confined spaces and for long durations.

The report, by Oasis Intelligence in partnership with RedSky Strategy, actually states, “the higher rate of consumption among moms would also seem to align with the stress of the unequal burden of parenting and household management shouldered by mothers before the pandemic, and likely exacerbated by the current situation. There is a light at the end of the tunnel, however, as parents who consume cannabis show significantly more feelings of “hopefulness” (41%) than non-parent users (20%), and 31% of moms are feeling “hopeful” and have expressed that the pandemic has also made them value personal relationships more.”

Furthermore the study only surveyed 720 participants. We aren’t data scientists, but we know that is a fraction of cannabis consumers across the U.S.

Media's Use of Surveys

See John Oliver’s piece on media’s coverage of scientific studies to better understand why these surveys often aren’t helpful when reported out of context.

This data is valuable to helping a mission that supports parental consumption. However Merry Jane’s coverage smeared that with poor reporting and unsavory imagery that will only re-affirm negative stereotypes about not only mothers, but mothers who chose to consume cannabis.

Because we value a strong, united cannabis community, we encourage Merry Jane to re-evaluate their journalistic standards when covering topics about parents and mothers. Incomplete reporting and harmful illustrations only damage the work MANY of us mothers are trying to do, which in the long run-will benefit more than just ourselves. It will benefit cannabis legalization and protect families who consume cannabis for medicinal or personal use.

Keira Sumimoto, founder of Cannabis + Parenthood, an influential brand bringing awareness around the very topic, commented on Merry Jane’s Instagram post for the story: “The picture, the headline, and this message … disappointed in how cannabis consuming parents are being portrayed here. We are not ‘stuck’ with our kids at home and ‘cope’ wasn’t the best choice of words.”

She later told SWEET JANE, “I work hard to shine a light on the cannaparent community and seeing something so poorly written from Merry Jane no less, was disappointing.”

We respect the work of Merry Jane, and we hope this letter more than anything, alters the manner in which we all cover parenting and cannabis, an already delicate topic in and outside of cannabis.

Photograph by Jon Flobrant via Unsplash