When Less Is More: Why the Cannabis Industry is Embracing Microdosing 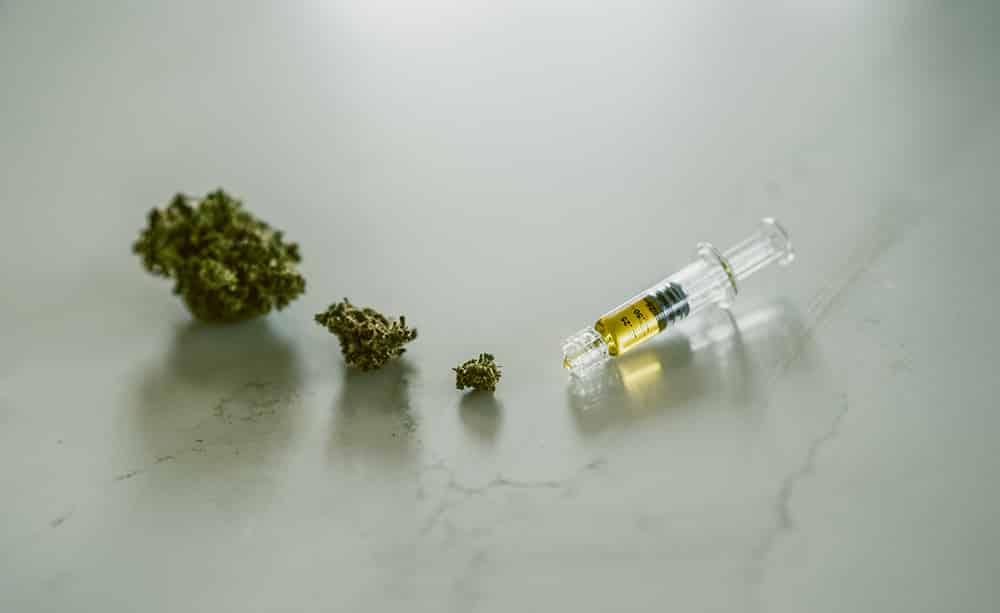 The words “low-dose” and “microdosing” are circulating a lot lately within the cannabis industry. In a society always looking for bigger, greater, and more of it, a product that is weaker in potency may not sound all that appealing, but many cannabis companies and consumers are finding success with less.

“There seems to be a misconception that you have to get as high as possible to relieve stress … but what can be most helpful is a submaximal effect,” Dr. Adie Rae—an NIH-funded neuroscientist, assistant scientist at Legacy Research Institute, joint faculty at Washington State University,  and the co-founder of Smart Cannabis—told us last year when we interviewed her on the effects of microdosing. “What we also know is that moderation is key, and wrapped up in that mindful moderation component is lower doses of THC.”

The “submaximal effect” she is referring to is often called microdosing. This means consuming THC at low levels, around 1 to 2.5 milligrams.

The idea of taking less of a substance isn’t a new phenomenon. Mskindness B. Ramirez, MA.Ed –  the CEO of Club Kindness – remembers when she was a child, her mother would cut the dose of a medication in half for ailments like pain or a fever, and it was still very effective. She brought this technique into her cannabis usage when she tried her first tincture more than 12 years ago.

“Cannabis is medicine, so it made perfect sense for me to start low and slow,” she says.  “Plus, we’ve all had that friend who ate too much and ended up in the corner crying for their own mommy.”

Throughout the cannabis market in states where adult-use laws are on the books, companies are coming out with more and more low-dose products that can be used for microdosing.

“Lower dose products are going to become more prevalent—especially for new consumers who need to sleep, want better concentration, or want them for other purposes besides getting as high as you can get,” says Joe Hodas, the chief marketing officer for Wana Brands, a cannabis edibles manufacturer based in Colorado that sells in 11 states and nine Canadian markets. 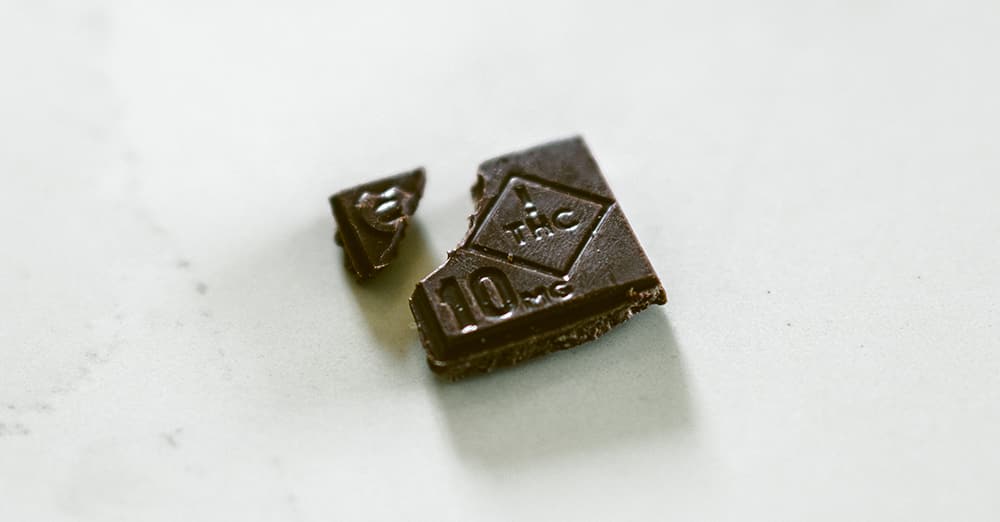 One of the reasons low-dose edibles came on the scene in the first place was because of regulation in one of the earliest states to legalize cannabis. The first legal sale of cannabis occurred in Colorado on January 1, 2014, and it didn’t take long for edibles to surge in popularity. By the end of 2014, edibles accounted for 45% of the legal cannabis marketplace. Some of the products on dispensary shelves contained as much as 100 milligrams of THC in one small piece.

So many of them did, and the stats proved it. Emergency rooms saw an increase in adults and children coming in after consuming too much of an edible. There was a case of a 19-year-old jumping from his Denver hotel room after eating a cookie containing 65 milligrams of THC. New York Times columnist Maureen Dowd even wrote a piece about her personal experience of eating too much of a marijuana candy bar and hallucinating for eight hours straight in her hotel room during a trip to Colorado.

“I think there were a number of high-profile cases that definitely were impactful for legislators,” says Andrew Livingston, the director of economics and research at Vicente Sederberg, a national cannabis law firm. “Whether or not cannabis edibles were the cause, they resulted in a re-examining of the effects of edibles on people that aren’t experienced users.”

State lawmakers decided to implement regulations that included better testing, child-proof packaging, new warning language on the labels, and demarcated servings of 10 milligrams or less with a maximum of 100 milligrams per edible. Livingston says the separation of servings was key.

“It came down to separability. [Before,] you could have a 10 milligram serving size, but you could say one small bon bon has five serving sizes in it,” he says. “The new requirements made it so you didn’t have tiny, little high potency products … you could actually split the product into different servings.”

Hodas, who was working at Dixie Elixirs when the new regulations passed, says it was challenging on a financial level to make changes to existing products in a short amount of time. However, psychologically, he thinks it was beneficial.

“Had the market maintained a hundred-milligram product size, I think you wouldn’t have had newer consumers feeling comfortable coming into the market because dosing still would have been a real challenge for them,” he says. “And you would have had people who would have really bad experiences with that level of THC in a product.”

Today, most states have followed Colorado’s serving size rules, and some have even opted for less at 5 milligrams per serving, according to Livingston. 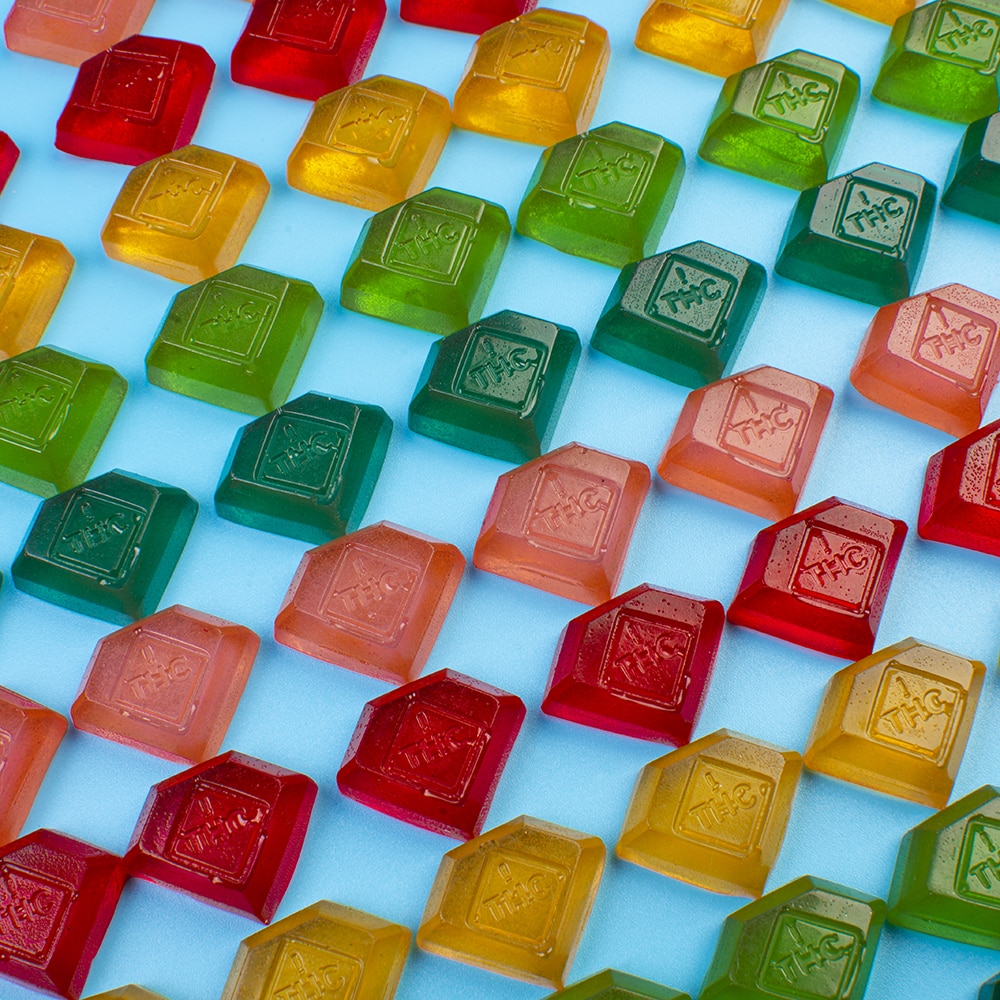 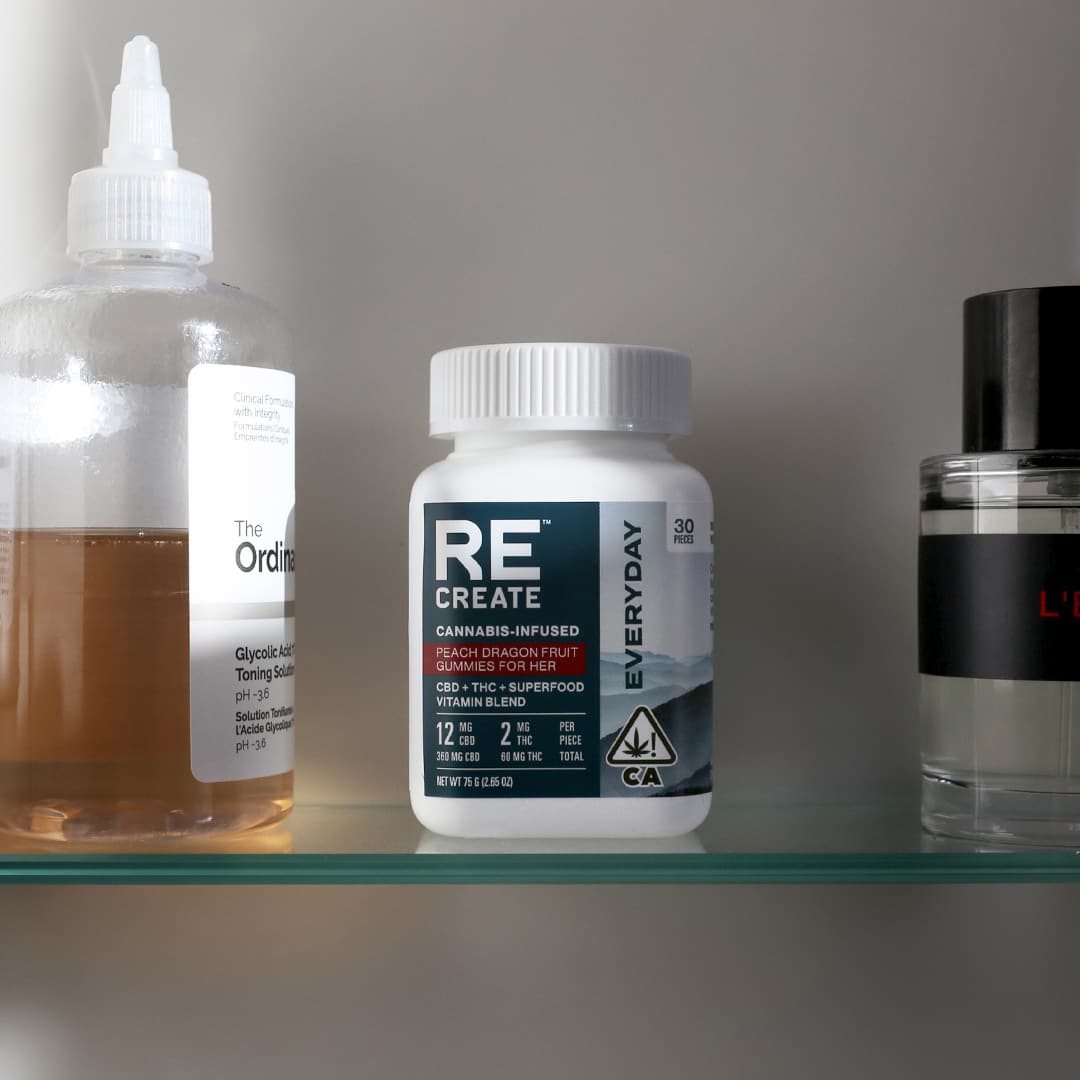 Higher function, not just a high

Since the changes in regulation, many companies are exploring the benefits of microdosing and consumer interest around low-dose products.

Jesse Stanley, the CEO of Stanley Brothers USA Holdings, thinks lower dosages are the new normal the industry is headed toward. He likens the higher dosage edibles to moonshine made illegally when the U.S. taxed and regulated liquor.

“This is the inevitability of any industry that has been underground,” he says. “It’s moving toward finding functional wellness as opposed to finding the highest levels of THC.”

In many ways, the Stanley Brothers – a group of seven siblings – were pioneers of the medical marijuana movement in Colorado around 2009, growing cannabis and creating hemp-based products for people who suffered from serious illnesses. In 2020, they launched the brand Recreate, a line of cannabis chocolates, gummies, and tinctures that work in conjunction with botanicals to provide consumers with higher function, not just a high.

“We believe that THC and CBD should be right up there in your medicine cabinet,” Stanley says. “This feels like a really good opportunity to reintroduce that and take the stigma off of cannabis and use this as an everyday resource for health.”

Brooks Allman, the co-founder of Tastebudz, a Colorado-based company that manufactures strain-specific gummies, says these lower dose products can help consumers really dial in what they’re looking for in a cannabis product without getting overwhelmed by the psychoactive effects of THC.

All of these cannabis brands carry a selection of low-dose products that offer different highs. Below are a few of our favorites. 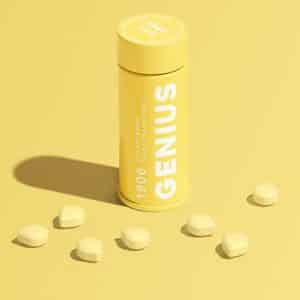 1906: Developed to enhance focus, these Genius drops have 2.5 milligrams of CBD  and 2.5 milligrams of THC for a 1:1 ratio. They also contain herbs and caffeine to optimize brain function, improve memory, reduce stress, and sustain energy. 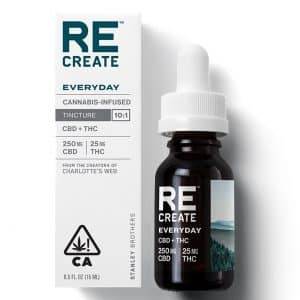 Recreate: This Everyday Tincture contains a total of 500 milligrams of CBD and 50 milligrams of THC for a 10:1 ratio. With full-spectrum CBD and a low dose of THC, it is a great option to use daily. 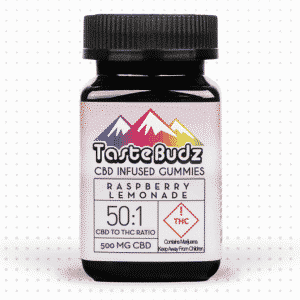 Tastebudz: One Raspberry Lemonade gummy has 50 milligrams of CBD and 1 milligram of THC for a 50:1 ratio. These gummies are an ideal choice for new consumers or those who are particularly sensitive to THC. 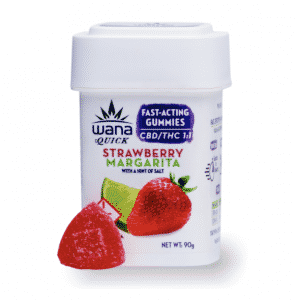 Wana Brands: One of these Strawberry Margarita Fast-Acting Quick Gummies contains 5 milligrams of CBD and 5 milligrams of THC for a 1:1 ratio. Enhanced with a blend of more than 30 terpenes, the high from the gummy comes on within five to fifteen minutes of consuming.

“You don’t want an entry level consumer to have that over consumption of THC and then they’re fearful of cannabis from then on out,” Allman says.

Tastebudz makes a variety of gummies with different levels of THC. One of the lowest dose products they make are Raspberry Lemonade gummies with 50 milligrams of CBD to 1 milligram of THC in a single serving. Allman says these are great for consumers who are sensitive to THC or people trying to find the ideal dose that makes them feel good.

“It really comes down to the customer and what works for them,” he says.

Time and consumer demand will tell if low-dose products are here to stay or simply a passing fad. Hodas thinks it’s all a matter of timing.

“It was a matter of new consumers coming to market and establishing their wants and needs and purchasing those products,” he says. “So, maybe five years ago, there were not enough low-dose consumers in the market to warrant a full line of low-dose products. But now, potentially, there are … educated consumers have begun to realize they only need two and a half milligrams of a product to achieve great benefits and not be completely wrecked.”

Photos by Matt Ferro and courtesy of Wana Brands, Tastebudz, 1906, and Recreate.