What is Delta-8? The Hemp and Cannabis Plant’s Controversial Compound 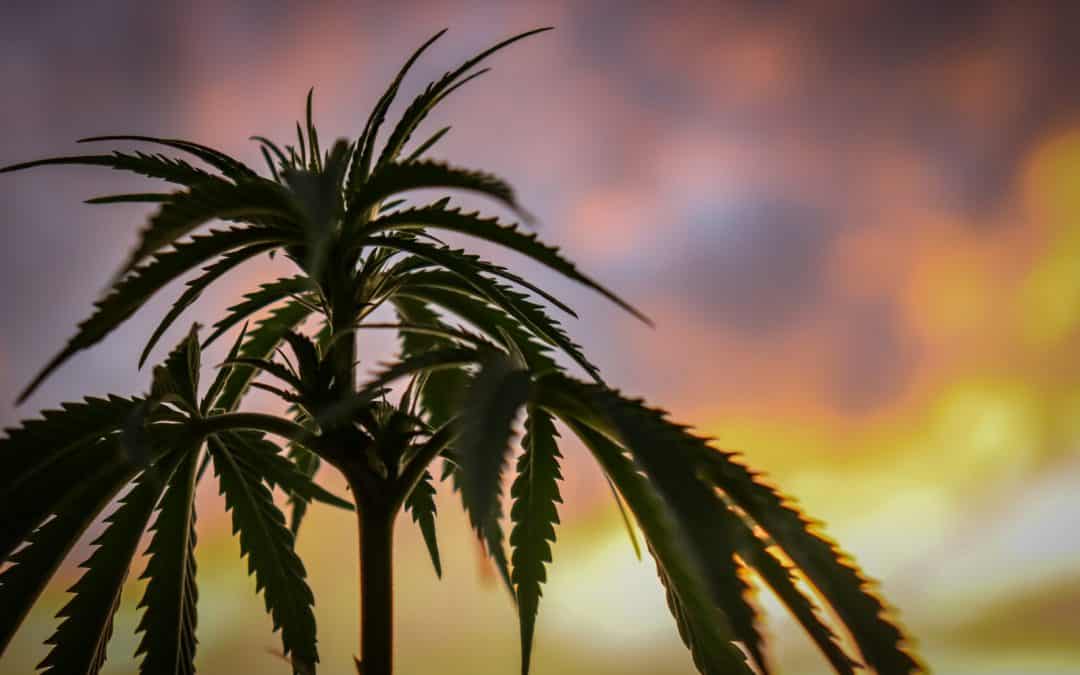 Delta-8, a compound found in cannabis and hemp, is getting a great deal of attention lately. GQ is calling it “the next big thing in weed,” The New York Times deemed it a “hot seller,”  and some are even dubbing it “diet weed.” But what exactly is Delta-8 and is it even legal?

We take a look at the compound of the moment and some of the complications around it. 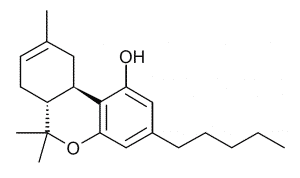 “It is surely its own molecule and is unique in its effects but may lean a little more towards a CBD-like experience,” says Jeffrey Raber, a chemist and the founder and CEO of The Werc Shop, a cannabis formulation development laboratory. “It isn’t CBD, but it has some of those types of aspects to it.” He also says the specific high may depend on what other cannabinoids and terpenes it’s consumed with.

Although Delta-8 can be derived from cannabis, most of the products sold in the U.S. today that contain the compound are extracted from the hemp plant and sold in a similar manner to CBD. This is why many states where cannabis is still outlawed are seeing Delta-8 increase in popularity.

Delta-8 occurs naturally in cannabis and hemp but at such low percentages it typically must be produced as an isomer to get decent levels into products, says Chris Adlakha, PharmD and owner of Elevated Wellness in Texas. Adlakha says this shouldn’t worry consumers.

“We understand that it’s a concern that Delta-8 is isomerized in a lab by man, usually from CBD/Hemp extracts, but the process of isomerization has been around for decades and has been successfully used to make very effective and safe consumable medications and extracts, free of any and all impurities,” he says. However, since there is a lack of regulations in the cannabis and hemp industries, Adlakha recommends vetting the companies people purchase from to make sure they’re making all cannabis extracts and products in fully regulated labs.

Research on Delta-8 is limited at this point, according to Raber, but that hasn’t stopped many companies throughout the U.S. from selling it. For those interested in trying it, Raber gives the same advice he often gives for cannabis products.

“It’s going to be hard to know how much the appropriate dosage is for someone unless you start low and go slow,” he says.

The answer to this question is rather complicated.

Right now, Delta-8 exists in a gray area in many states. The 2018 Farm Bill allows for hemp to be legally grown and used for extractions in the U.S., but few states actually refer to Delta-8 specifically in their legal language, as they do with CBD and Delta-9 THC. And the federal government has yet to give any regulations on the compound.

“It’s been a murky issue for a long time, and the landscape keeps changing, which keeps the intrigue and drama alive because we don’t have enough clarity on the issue with respect to the law,” says Shane Pennington, an appellate lawyer at Vicente Sederberg LLP who focuses on regulatory litigation for clients in a diverse array of industries. “We just don’t have a lot of concrete action from federal regulators.”

Without guidance from the federal government, the decision on Delta-8’s legal status falls to the states. This can leave hemp businesses interested in selling the compound with a lot of questions and concerns. Rod Kight, the Principal of Kight Law, represents businesses throughout the hemp industry. Right now, not a day goes by without his law firm receiving at least one call about Delta-8.

“Because this is a new sector of the industry, it’s kind of like the wild, wild west, like CBD was for four to five years,” Kight says. “It’s a risky area because we don’t have a lot of guidance.”

Kight published an article about his legal position on Delta-8 last year and a second one on the issue this May. Essentially, Kight’s interpretation is that Delta-8 is lawful when it is extracted or derived from a hemp plant. This is because the 2018 Farm Bill distinguishes hemp from illegal marijuana by removing hemp from the Controlled Substances Act. Included within the definition of lawful “hemp” are its cannabinoids, derivatives, extracts, isomers, etc. that do not have a Delta-9 THC level that exceeds 0.3% on a dry weight basis.

“[Delta-8] is a ‘cannabinoid’ and is not a controlled substance when derived from hemp, regardless of its concentration,” Kight writes in his article.

Kight thinks part of the reason Delta-8 is such a controversial issue right now is because the compound has an intoxicating effect.

Regardless of what the Farm Bill does or does not say, many states are beginning to clarify legal language around Delta-8. As of May 2021, 14 states have banned the hemp-derived compound and three have introduced legislation to ban it. 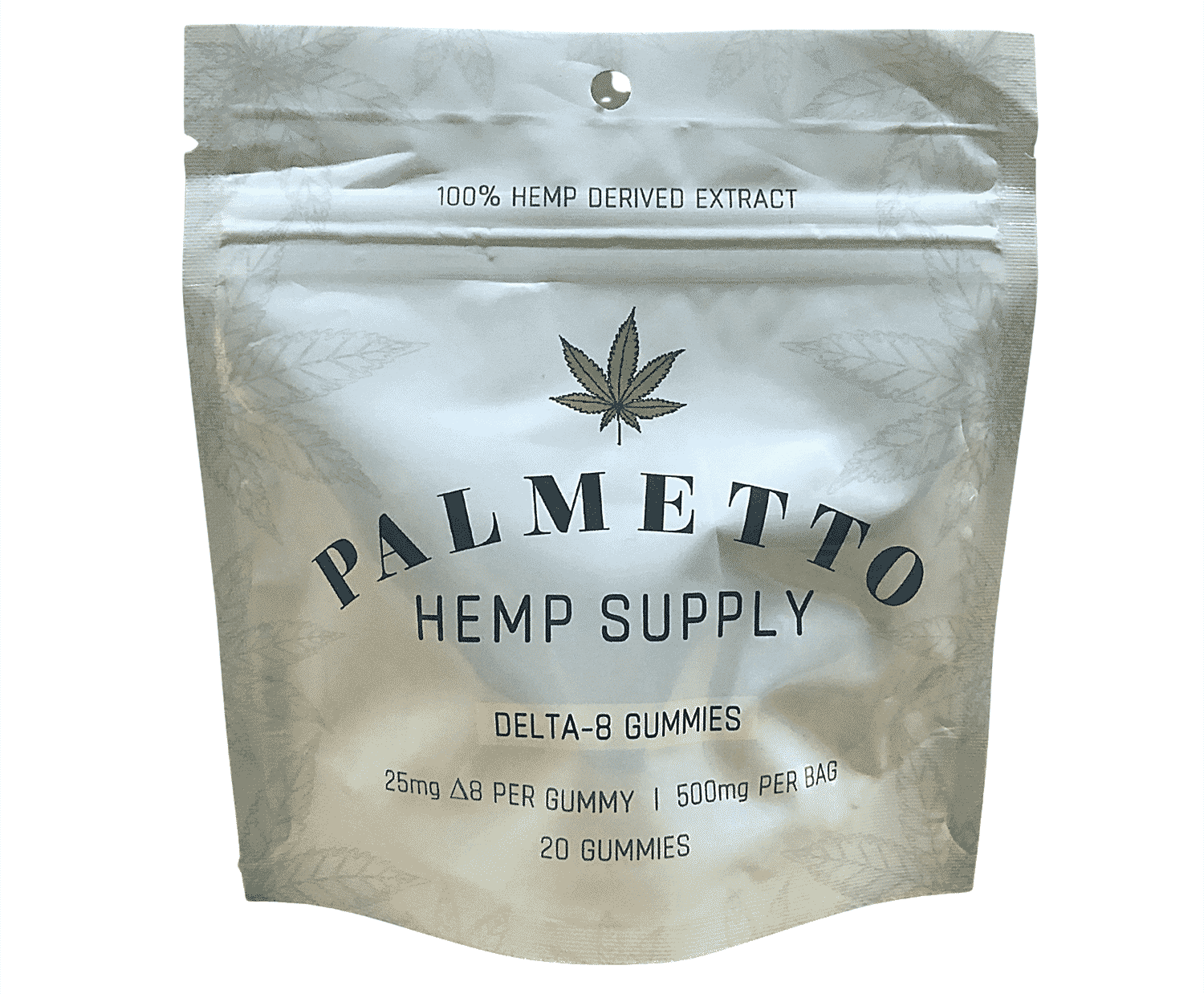 Delta-8’s Place in the Hemp Industry

Despite Delta-8’s surge in popularity, the compound and its place in the hemp industry is controversial.

Jacob Dunn, the founder and CEO of Sow Eden Organics, a CBD brand based in California, says he’s vocal and outspoken about Delta-8 because he thinks it could harm the hemp industry.

“I define Delta-8 as the bath salts of the hemp industry,” says Dunn. “It’s not naturally occurring in the hemp plant, you’re synthesizing it, tweaking Delta-9 on a molecular formula just so it falls in this legal loophole until the government decides they’re going to make this exact formula illegal.”

Dunn has been in the CBD industry since 2015. Before that he worked in the cannabis industry. He believes products like Delta-8, which gives the consumer a high, will make the government take an even closer look at the hemp regulation.

“The whole premise with CBD being legal is it doesn’t give you a high, or at most it gives you a little high,” he says. “We’ve fought really hard to get where we are with CBD. I think people selling Delta-8 are sort of compromising the integrity of the hemp industry.”

From a legal standpoint, Pennington can understand why CBD businesses may be concerned, but a budding industry is going to get attention regardless.

“Whenever an industry develops and more products are being sold, that is going to attract regulatory attention. That is true of every industry everywhere,” he says.

There are many hemp businesses welcoming Delta-8. Barbara Biddle, the founder of District Hemp Botanicals in Washington, D.C., started carrying Delta-8 products in the form of flower, edibles, and extracts in her three stores in February 2021. She says sales of the compound have exploded.

“Everybody is just enamored by it. They love it. They’re coming back. The customer frequency has improved,” Biddle says. “I know some people consider it a trend, but with what we’re seeing and the feedback we’re getting, I think it’s here to stay.”

Biddle has heard from many customers that they find more benefits with Delta-8 than they do with CBD. Some are even switching to it from regular cannabis products.

“What was surprising to us is that people weren’t shopping for it as an alternative to getting high, they were shopping for the therapeutic benefits,” she says.

Biddle thinks it’s important to explore compounds like Delta-8 because they have the potential to help her customers.

“The plant is so diverse. I think anybody that just focuses on CBD alone is really handicapping themselves and their customer base because you can get so many different effects and benefits from all these different compounds,” Biddle says.

Dunn believes there could be health benefits to Delta-8 and thinks more research should be done on the compound, he just doesn’t see a place for it in the hemp business.

“I’m not against Delta-8 for medicinal benefits or recreational benefits,” he says. “But I don’t think it belongs in the CBD industry. I think people should buy it in a dispensary.”

The Future of Delta-8

Despite the mixed feelings around Delta-8, Raber thinks there’s a lot of promise in it.

“I think it’s a fantastic molecule,” he says. “It has a large therapeutic window, and it may be easier to dose for some folks than Delta 9-THC, less likely to cause a strong  psychoactive effect.”

Raber just hopes that state and federal governments are able to get the legal language right when it comes to Delta-8 because he could see the controversy over this compound repeating itself with another hemp or cannabis molecule in the future.

“We’re still at the tip of the iceberg. There’s a lot more to be found,” Raber says about the hemp and cannabis plants. “If we don’t define these things right, we’re going to keep coming back to this.”

Pennington is unsure exactly how the legal battle will play out for Delta-8, but if he had to make a premonition, he thinks the federal government will get involved eventually.

“We will get to a tipping point, [the federal government] will show their cards and likely those will be law enforcement cards: They’ll say: ‘This gets you high, so it must be illegal,’” he says. “I don’t think we will see a shutdown of Delta-8, criminally, it will just end up being heavily regulated. But before we get there, I think it’s going to be a fight with law enforcement first and likely the FDA second.”

The law is also likely to play a part in how much research is conducted on the compound.

“Investing in research when a substance is in a gray area is difficult. Across the board, this inefficiency in how things are regulated has created an obstacle in the research,” he says.

But he thinks research is necessary, not only on Delta-8 but on all plants currently listed as a Schedule I substance.

“I think there’s a lot of untapped information about these plants,” he says. “And if you disagree with me, that’s fine, but we at least need the research to figure out the correct answer.”