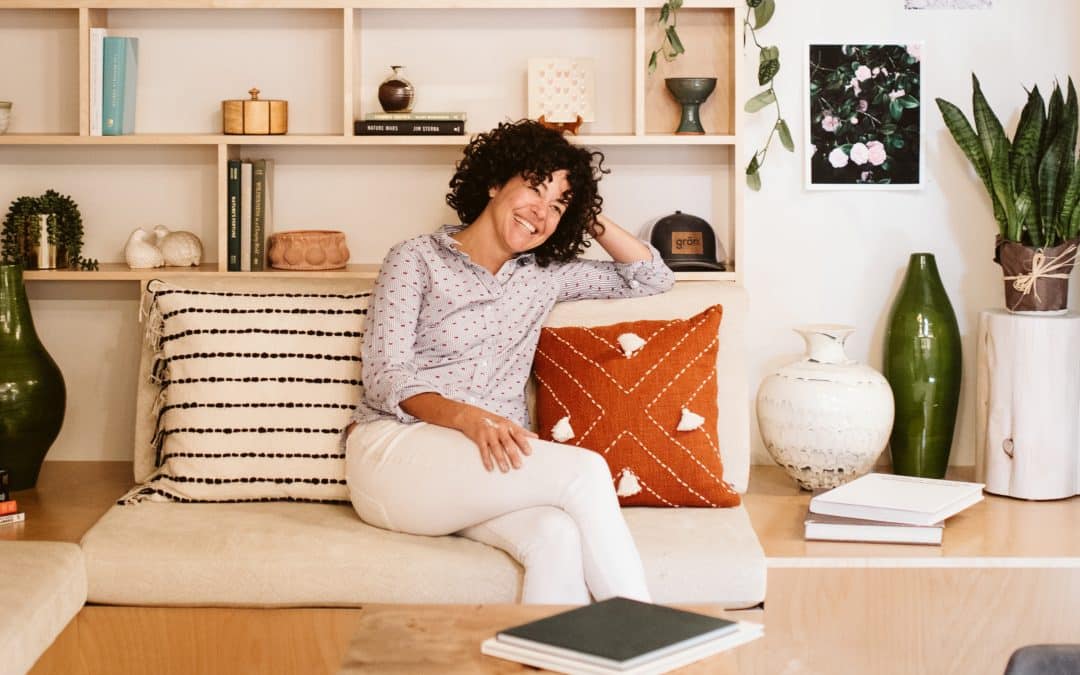 In late 2014, Christine Smith’s curiosity for incorporating cannabis into her wellness routine led her to launch Grön, a line of environmentally conscientious hemp-infused confections. She was looking for something that could help with her anxiety, stress, and the “normalcy that goes along with a life,” as she puts it. As a mother, she had concerns about the safety and quality of the cannabis products that were available on the market and wanted to change that.

“Without even meaning to, I created a company for people like me,” she says.

Prior to launching Grön, Smith spent 20 years working as an architect. Her background in design plays a large role in her commitment to creating a trustworthy brand.

“We invested in really high-quality ingredients, and bringing to market something that was approachable for everyone, but actually tasted good. … It needs to feel good, taste good, and look good,” Smith says.

Smith began making chocolates on the side, staying up late at night to wrap the candies alongside her au pair, who is now her kitchen manager.

“It’s really grew organically,” she says. “It’s just kind of taken on a life of its own.”

In the early stages of the company, Smith said she wouldn’t have told anybody she was running it.

“I was really careful because I was worried what perceptions would be,” she says. She was outed in 2016 when a business news site ran an article about the company. Smith is more open about it today. She credits this partially to confidence that has built up in her over time and also to the rising popularity of cannabis products in the Northwest over the past several years. 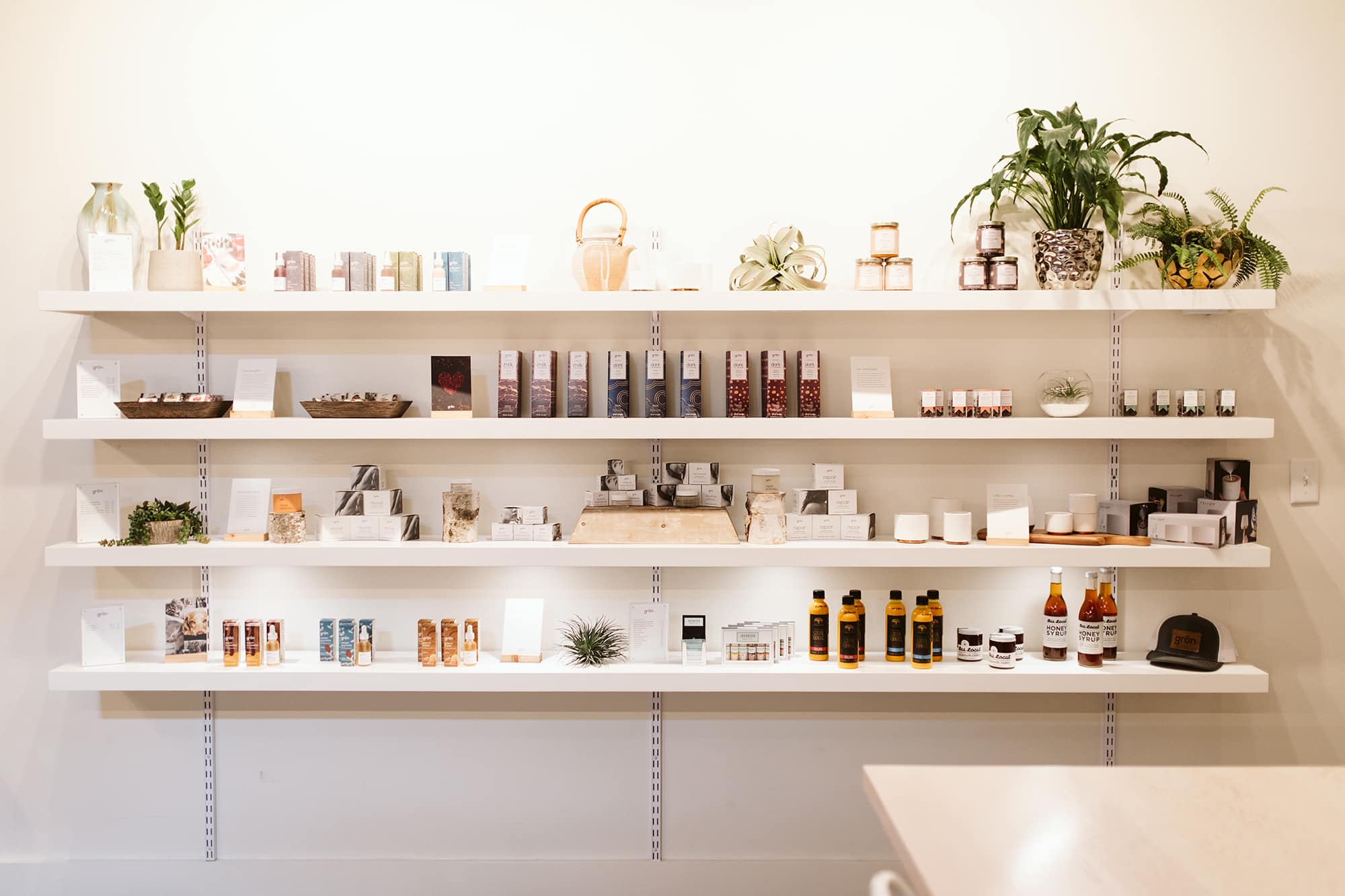 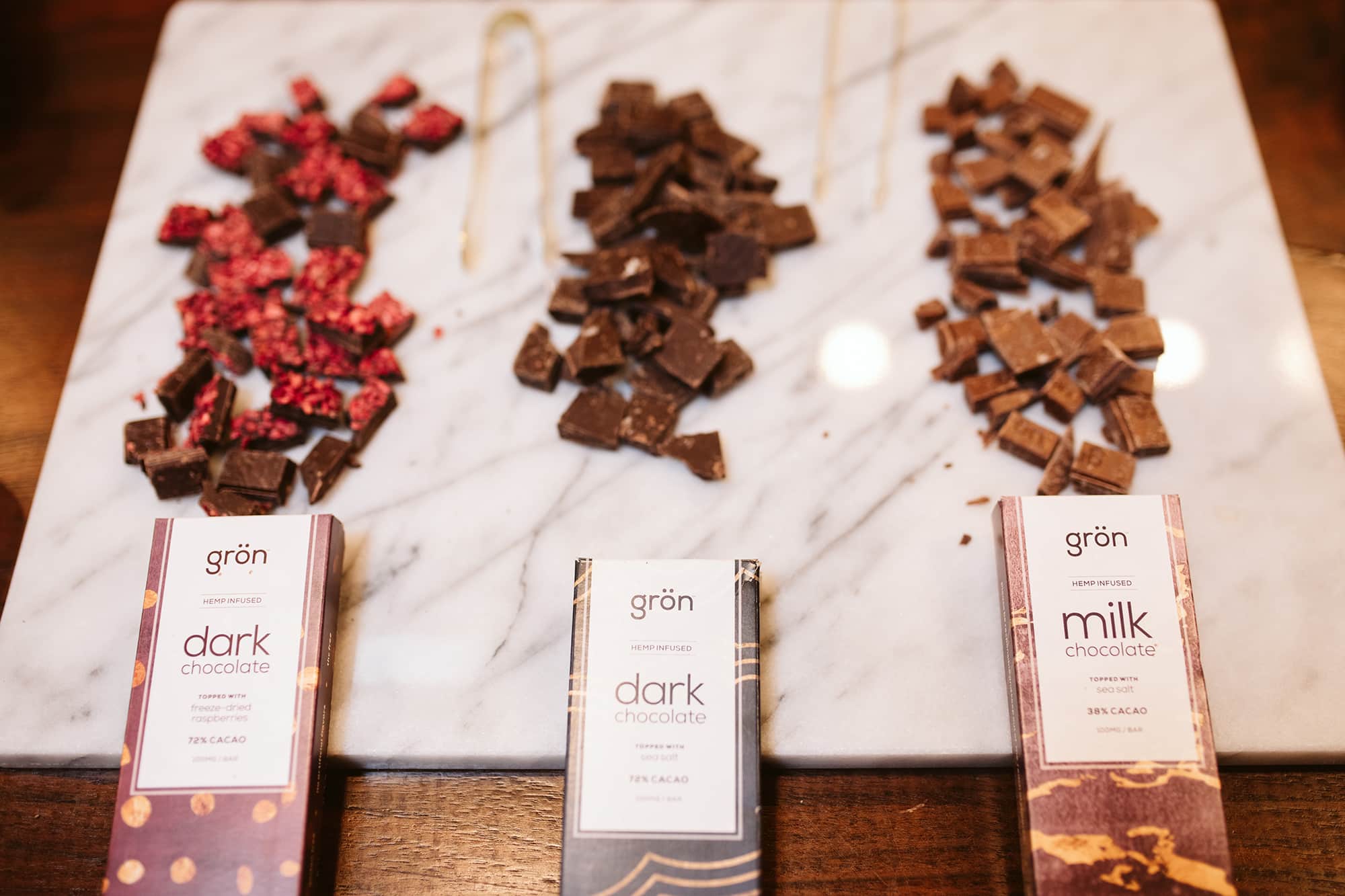 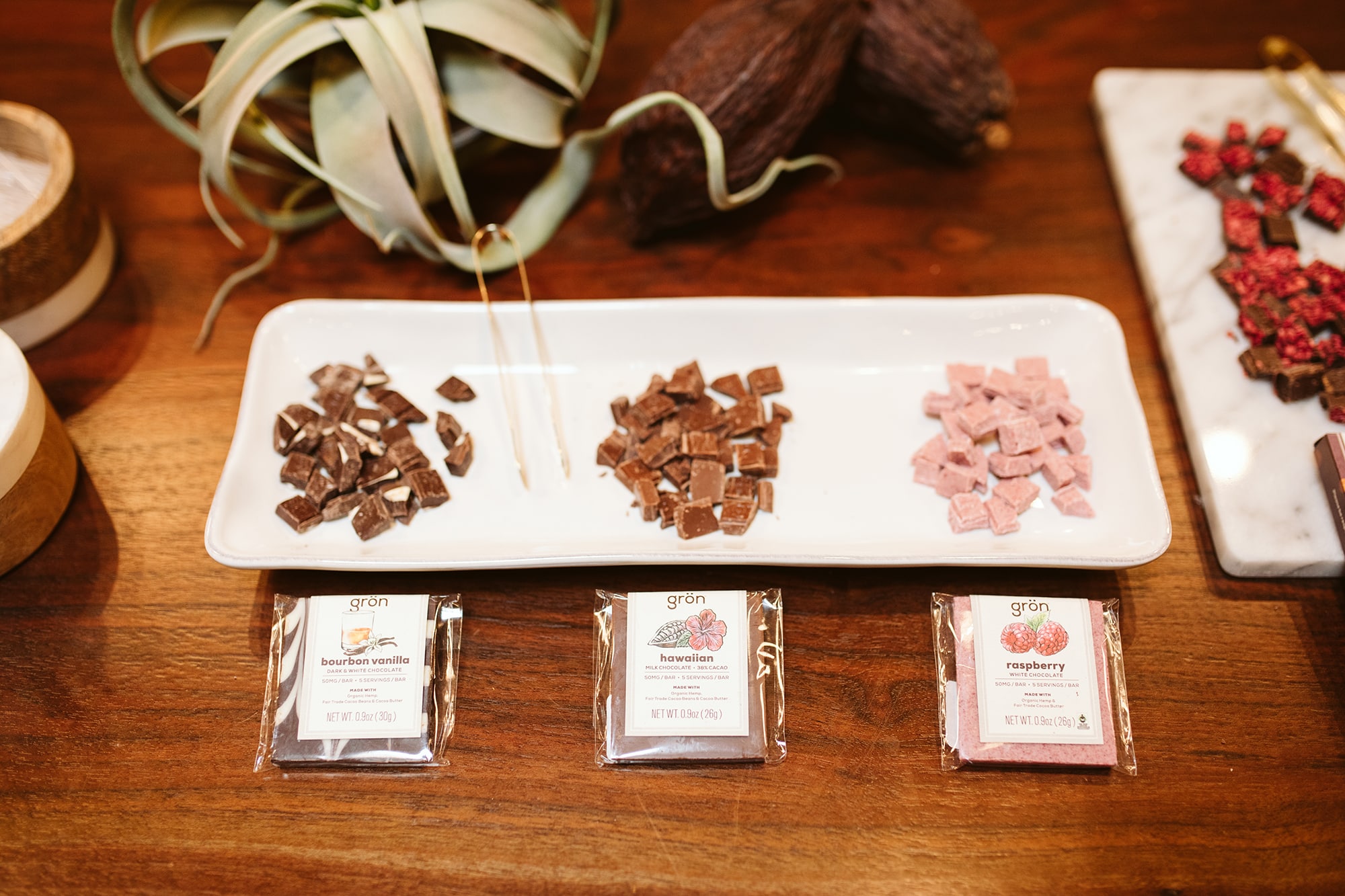 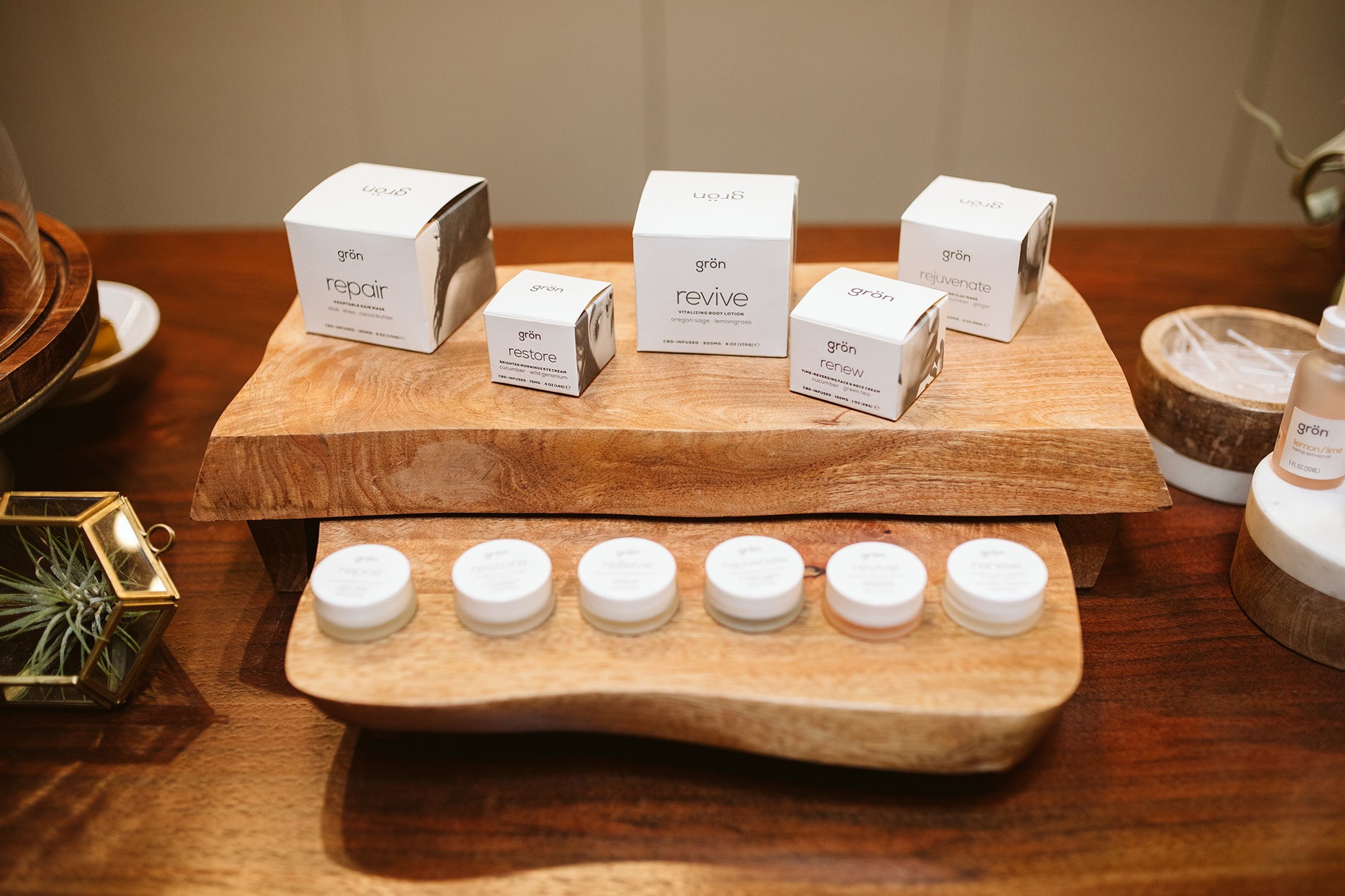 Smith understands that a lot of people still have negative connotations around cannabis. That’s why her mission at Grön is to help destigmatize consumption by creating approachable alternatives to smoking or vaping through her confectionary creations.

“The more we can destigmatize [cannabis] by just normalizing it, like it’s in your chocolate or it’s in coffee, or it’s in something,” she says. “It’s very discreet. People are able to detach, and suddenly they can start to have more confidence that yeah, this is really great.”

Grön’s mission doesn’t stop at its products. The Grön CBD Cafe and Tasting Room in Portland serves as a safe space for consumers who want to try CBD products in a comfortable, warm, coffeeshop environment (yes, there is a coffee bar with barista!). Smith wants customers to try out different samples, and she likens the experience to a wine tasting where people can come in and ask questions. The Scandinavian design of the space is a nod to Smith’s time studying architecture in Denmark.

“Every part of your experience when you walk in is intentional,” says Smith. “If you’re not really a cannabis consumer, you’re able to detach from that and able to try to learn about cannabinoids, what they are as a medicine itself, and hopefully be able to transform and start to feel more comfortable about where things are going.”