The Not So Secret Garden 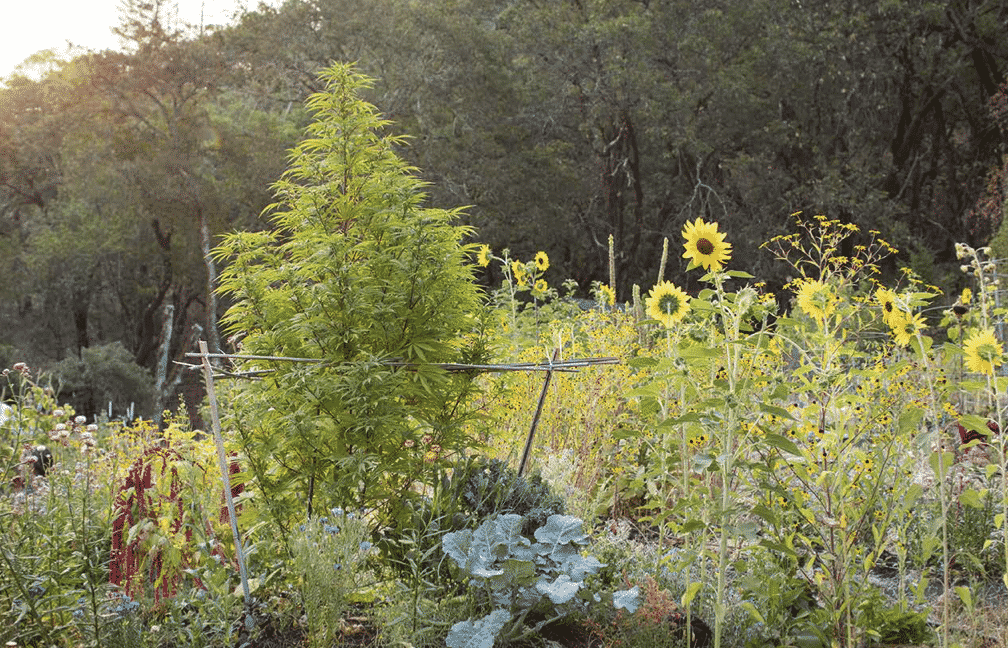 “I really think that gardening, period, relieves anxiety or it should. It often doesn’t because people tend to freak out because they don’t have a lot of knowledge. But really if you just get your hands dirty and you’re not deterred by failure, then gardening should be a huge anxiety reliever,” said Johanna Silver.

Silver is an author, gardener, and a cannamom. She just so happens to also be launching her second book, Growing Weed in the Garden, a No-Fuss, Seed-to-Stash Guide to Outdoor Cannabis Cultivation in the midst of a global pandemic. Not ideal. But also, serendipitous because while most of the United States population is under a stay-at-home order, they are rediscovering hobbies at home, like gardening.

We visited with the California-based author on her new book and why writing about cannabis from the perspective of a passionate gardener makes growing pot so enjoyable, for anyone.*

SWEET JANE: We know you’ve grown pot because you use some of that experience in the book. But take us back to the beginning. How did this project come about and why was it something that you were so interested in?

I mean, I wasn’t so interested in it. I lost my job as the head of the garden department of Sunset Magazine on the last week of my maternity leave. I was about to go back to work, and I was conflicted but wanting to work. So, I emailed every editor I’d ever written for and just was like, “I’m available.” That included Kitty Morgan, who had been the editor-in-chief of Sunset and who was now a managing editor at the San Francisco Chronicle. I just assumed that she would have me write about something in my wheelhouse, something gardening, and it was on the cusp of legalization going into effect. She said, “I want you to grow weed in your backyard.” 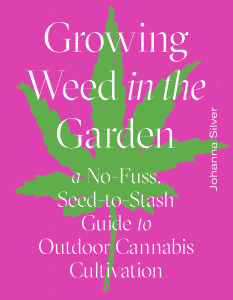 I was just like, “I don’t know where to get seeds” and she said, “That’s your opening line.”

I treated it at first like a hilarious joke. It was ironic that high school Johanna who was a total stoner now advocates to grow weed and get paid for it, you know? The whole thing was hilarious. Then as soon as I dug into the plant, both horticulturally, learning that it’s dioecious (a plant having the male and female reproductive organs on separate flowers) that’s super rare.

Then going up to Humboldt meeting farmers whose lives have really been impacted by this plant, it just became a lot less funny and a lot more serious. Then I knew that there was a real hole in information and resources. Everything out there is like an electrician’s manual and any nod to outdoors is just to how to do it in the most clandestine way, you know?

There wasn’t the book that I needed to read.

In the whole process I became much more emboldened than I would have expected, to have a point of view because I think there actually is a lot of misinformation around cultivation. Having been under prohibition for so long, and grown indoors for so long, and pot growers who only grow pot aren’t integrated into the rest of the gardening world linguistically or practice-wise. So I’m a gardener, I’m just like a nerdy, dirty gardener.

So to me it was approaching it just as another plant and sorting through what was total BS that I was being told and what wasn’t. 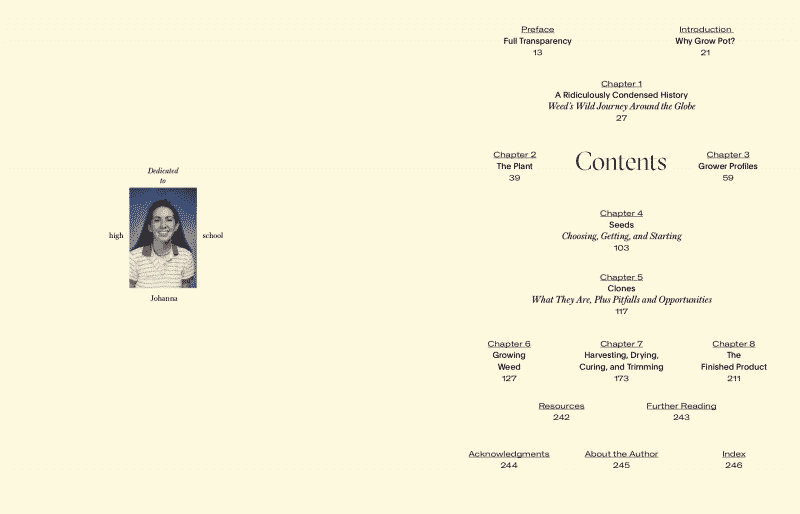 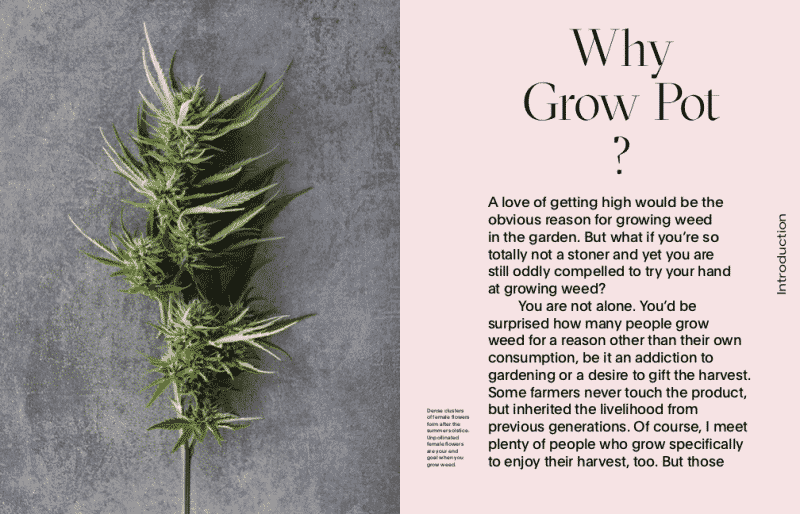 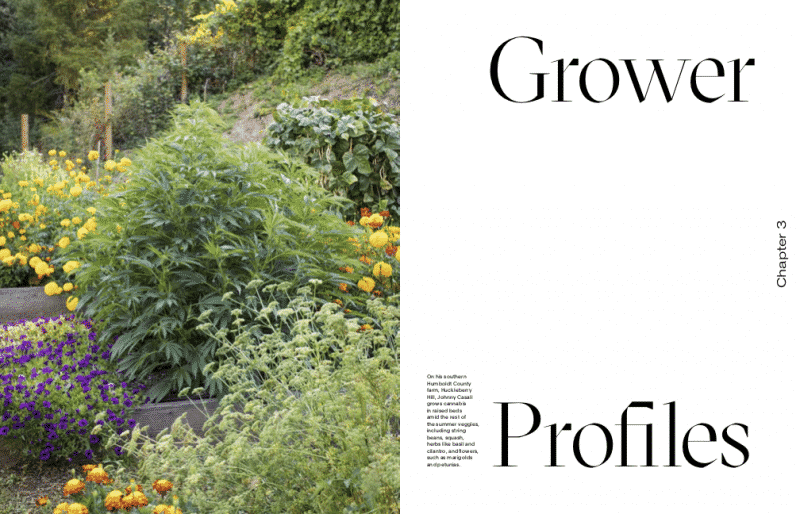 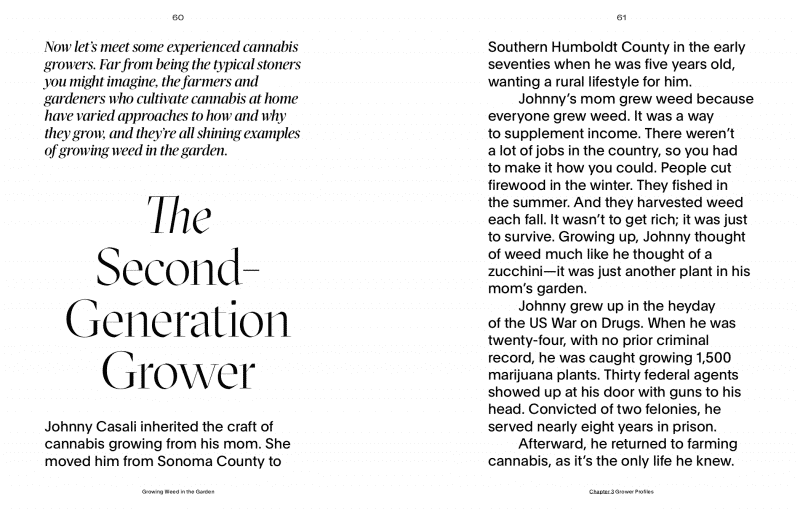 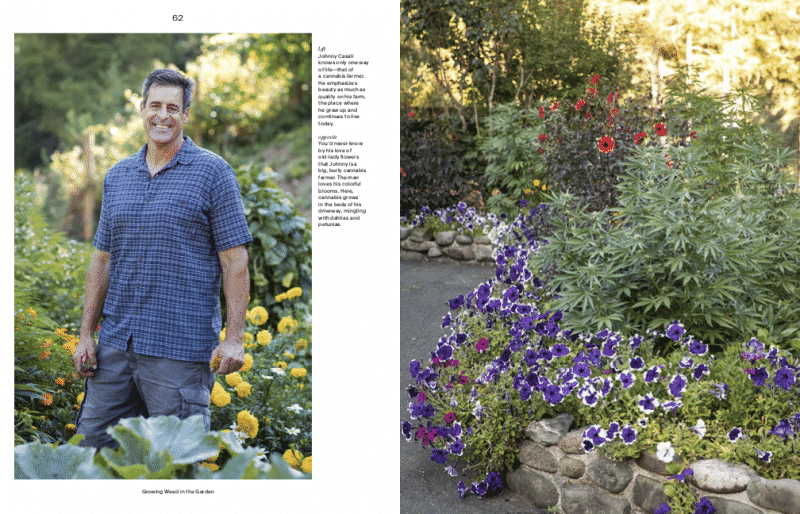 SJ: What was your favorite part to work on with the book? The book has interviews with cultivators up in Northern California, your green thumb expertise is applied, and there is history. What gave you the most enjoyment?

The profiles without a doubt. I have for a while now felt like I actually enjoy writing more about people. … I was welcomed into these people’s homes and farms and it was the first time I was doing this, not as Sunset Magazine garden editor and I didn’t know how it would be received. And I was on occasion met with skepticism, which I loved and appreciated.

SJ: How do you think your book is going to contribute to mainstream acceptance of cannabis?

I just got a book review in The American Gardener, which is the American Horticultural Society’s [magazine]. It’s as nerdy, traditional, conservative gardening as it gets and they 100% got it–that I am approaching this plant as a plant. What a breath of fresh air that is because the plant is having a moment in popularity, a big one. And it is like, who can you trust? So, I think that how [I will] affect the mainstream is that I’m a really safe resource.

Historically I’m a pretty mainstream writer. I’m not a stoner and I’m very clear about not recommending what varieties will do what to you. So, I think I’m a safe person for the mainstream market to trust and to feel like, look, everybody’s using it, right? Everybody’s mom is using it is really what’s happening. Everybody’s grandma’s using it for sleep or whatever. … I say you just need a nice Jewish girl who can walk you through that, you know?! 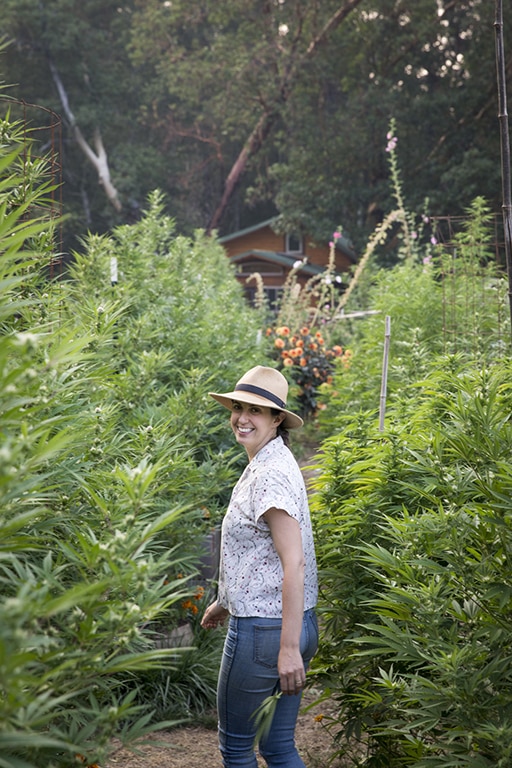 Johanna Silver on assignment for her new book, Growing Weed in The Garden.

SJ: As a mom obeying California’s stay-at-home order, you’re currently spending more time with your child; how are you finding balance? You indicated you microdose, but why is being present with your child of such value right now and why is getting to that place of presence important?

What a big question. I mean ideally pandemic aside, when we’re with our kids, we’re present with them, you know? In a perfect world I think they thrive off of that attention and attunement. Then I think in a pandemic even more so for them to feel safe, but for me as a parent, it’s such an opportunity to put down NewYorkTimes.com and whatever and my child, all he needs to do is play. That’s it. That’s all he needs to do right now is play.

And that can be … really awesome. When I was doing this mom thing in the afternoons after his nanny-share, Oh yeah man, I could play for a couple hours, but all damn day while this big stuff is going on. It can be excruciating. And I have found that … haa … it’s so weird. I’m like this … this pandemic is making me a more regular [consumer].

SJ: Finally, where can people find the book?

Under non pandemic circumstances the book is everywhere.

Books sold in pandemic circumstances, the answer is online. If you’re not wanting to receive packages for any reason, be it workers health or your health. I would encourage people to buy a digital copy which are available. I would also encourage people to, once [the pandemic] is over, purchase the book at their local bookstore, which will help aid in the bookstore’s recovery.

*This content should be used for educational and entertainment purposes only. Use of the content for whatever purpose is at the user’s own risk. The views and opinions expressed on SweetJaneMag.com are general views only; the publisher does not condone illegal activity of any kind.