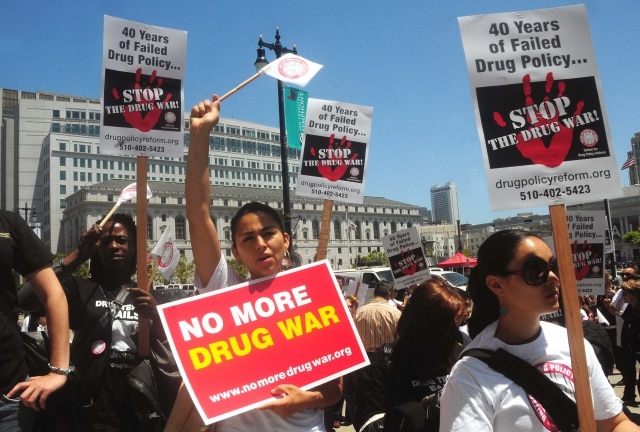 Editor’s Note: As women and mothers, the health and safety of our kin is of the utmost importance. Before we are wives, mothers, daughters, and sisters–we are caregivers. As we continue to advocate for cannabis legalization, we must also advocate for drug policy reform.

Drug policy in America has done a lot of damage; the mass incarceration of minority populations, the increase in opioid addiction and death, and even the lack of safe and effective medicine for children.

The effects are becoming clear. Our drug laws have failed to keep us safe, and more importantly, they’ve devastated our families.

Most Americans now live with some form of access to legal cannabis and an industry is growing around this plant, but the harm caused by the war on drugs continues. There’s a lot of work to be done helping families heal and thrive.

For nearly 20 years, the Drug Policy Alliance has worked to end the war on drugs and promote policies based in science and compassion.

Since 2000, the Drug Policy Alliance (DPA) has worked to: rewrite these laws, reverse some of the negative impact of the war on drugs, and assist those battling addiction through treatment programs and access to clean and safe needles.

The DPA believes that science, compassionate human rights, and a focus on health, both personal and societal, should be the driving force behind our drug laws.

Executing that mission, the DPA has been at the forefront of marijuana law reform, working on the ground in every state that has successfully legalized adult use cannabis. By playing a role in half of the medical marijuana initiatives that have successfully passed, the DPA has given millions of Americans greater access to safe, regulated plant-based medicine.

As anyone who has been arrested or convicted knows, the work is not over once cannabis has been legalized. Felony convictions and criminal records do not disappear after the laws have changed. The DPA partners with Prison Fellowship to raise awareness of the challenges convicted adults face rebuilding their lives after the harm caused by the war on drugs.

Harm reduction is a major focus of the DPA, on a personal and a larger societal level. Beyond focusing on the necessary work of drug policy reform, the DPA works to foster compassion and promote body autonomy: the idea that our bodies are our own and we should have control over them.

Much like the DPA, we should all support the belief that we can care about our fellow humans, regardless of the choices they make for themselves as educated adults, and that all bodies should be respected, and kept safe from all kinds of harm.