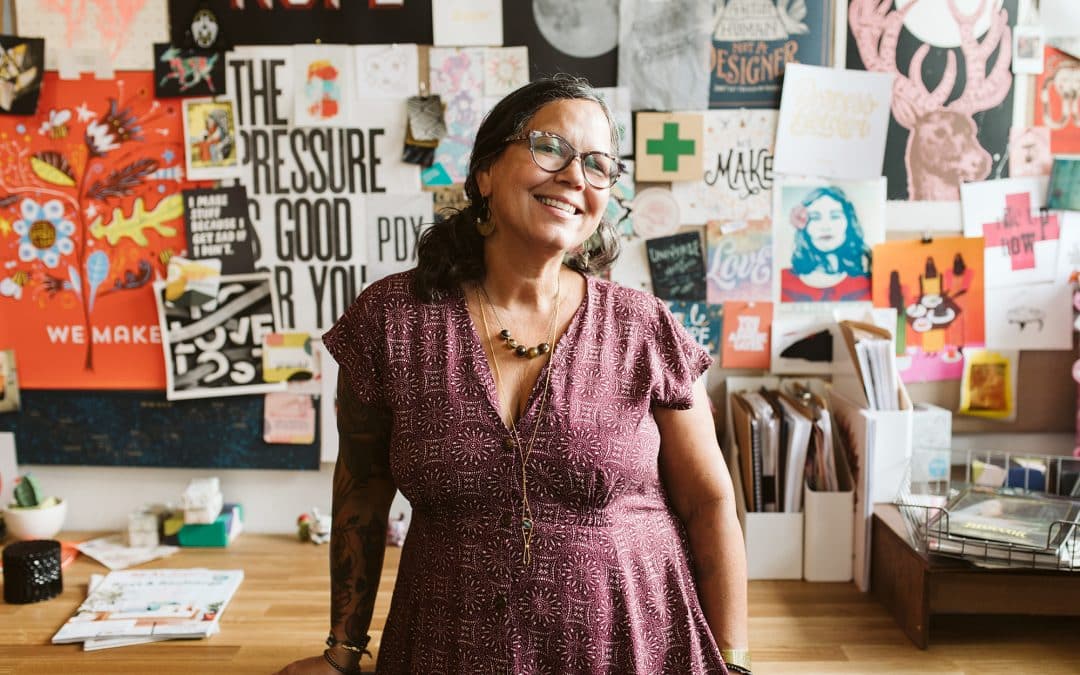 Yvonne Perez Emerson is the founder of Make and Mary, a plant medicine brand focusing on the connection between creativity and cannabis. Emerson’s background is as a graphic designer, with more than three decades in the industry. She also started a nonprofit in Portland in 2012 called WeMake, which celebrated and worked to create community around the city’s designer and makers.

In 2016, when recreational cannabis became legal in Oregon, Emerson decided to launch Make and Mary, taking the same concept of WeMake and adding cannabis. With a passion and intuition for folk remedies, Emerson started Make and Mary with a series of workshops highlighting the unique symbiosis of heritage craft making and plant medicine.

“When we’re making, and when we’re creative with cannabis, we’re opening ourselves up a little bit more, helping to explore, a little more vulnerable. We’re actually nurturing our soul a little bit,” she says.

The Make and Mary workshop series, which is located at a warehouses space in the Eliot neighborhood of Portland, began as a source of community gathering, featuring rituals rooted in both creative self-care and craftsmanship. Emerson teaches many of the workshops but also brings in other artists to teach classes.

Emerson thinks creativity and cannabis compliment each other very well. A workshop attendee who chooses to consume cannabis for a class may feel a bit overwhelmed at first by the creative task in front of them, but when they push past it they can really enjoy the process.

“I think being high elevates your senses a lot more, and so it really becomes this focused thing … you get into this rhythm,” she says. “I think cannabis really does create a rhythm within creativity.” 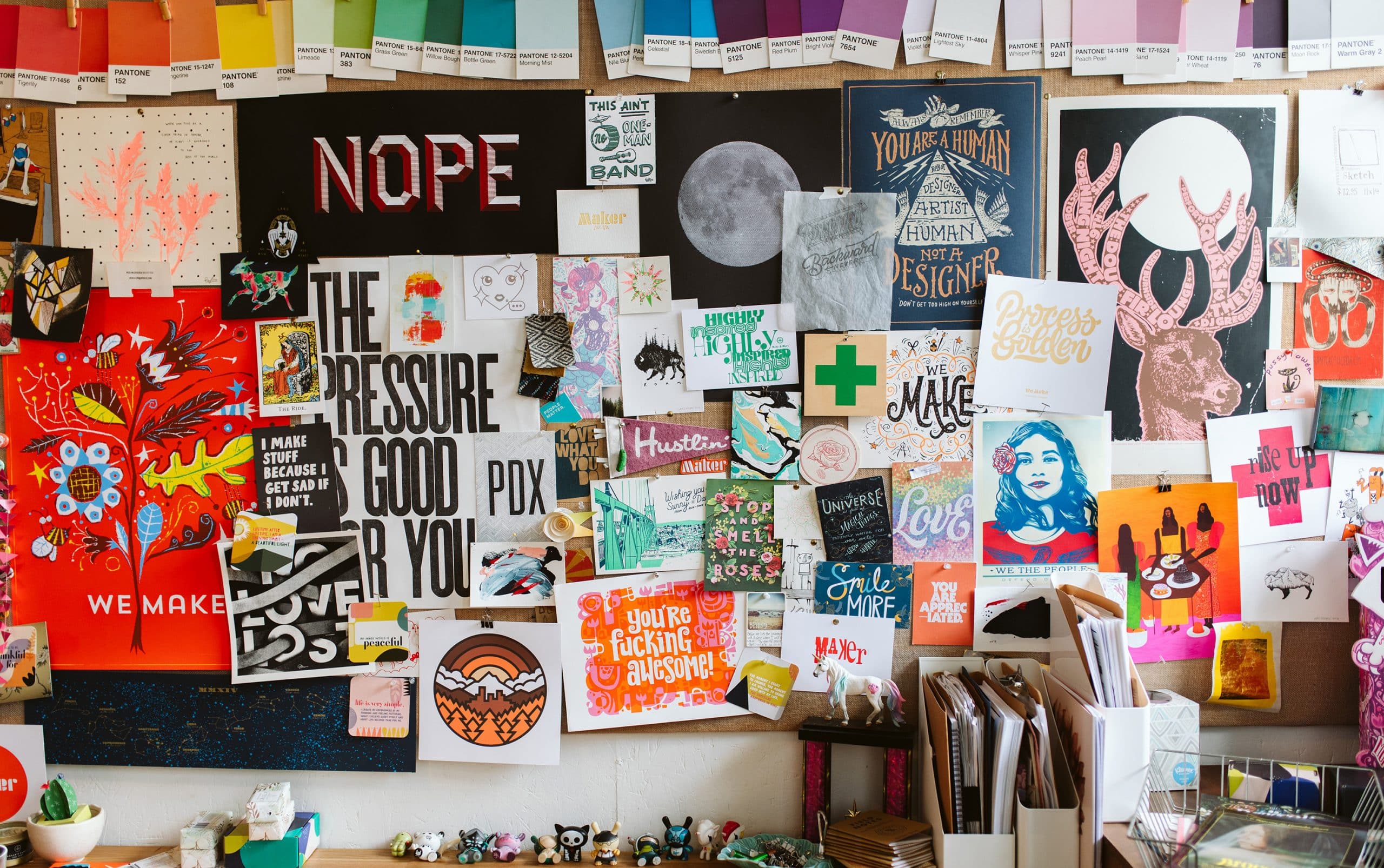 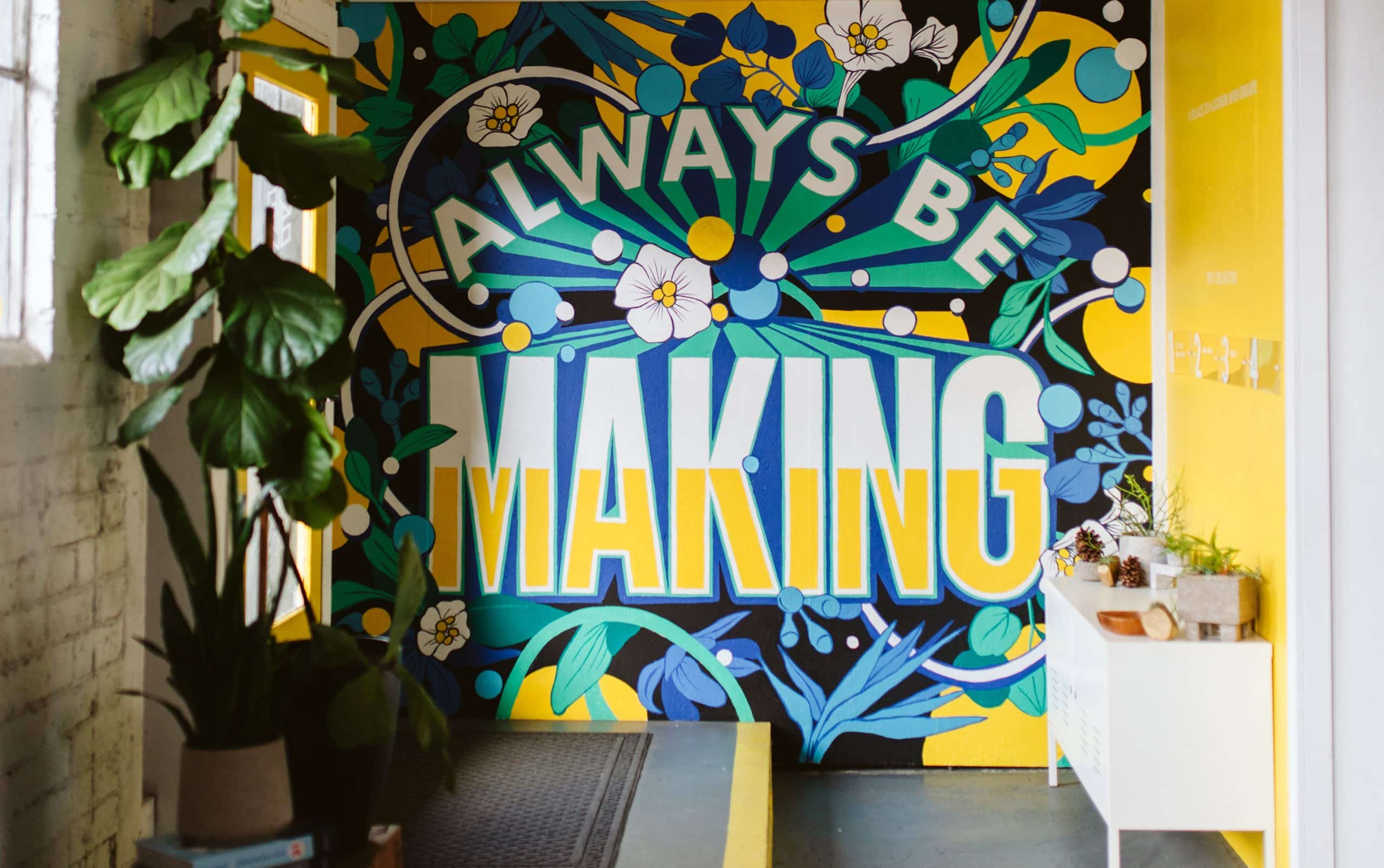 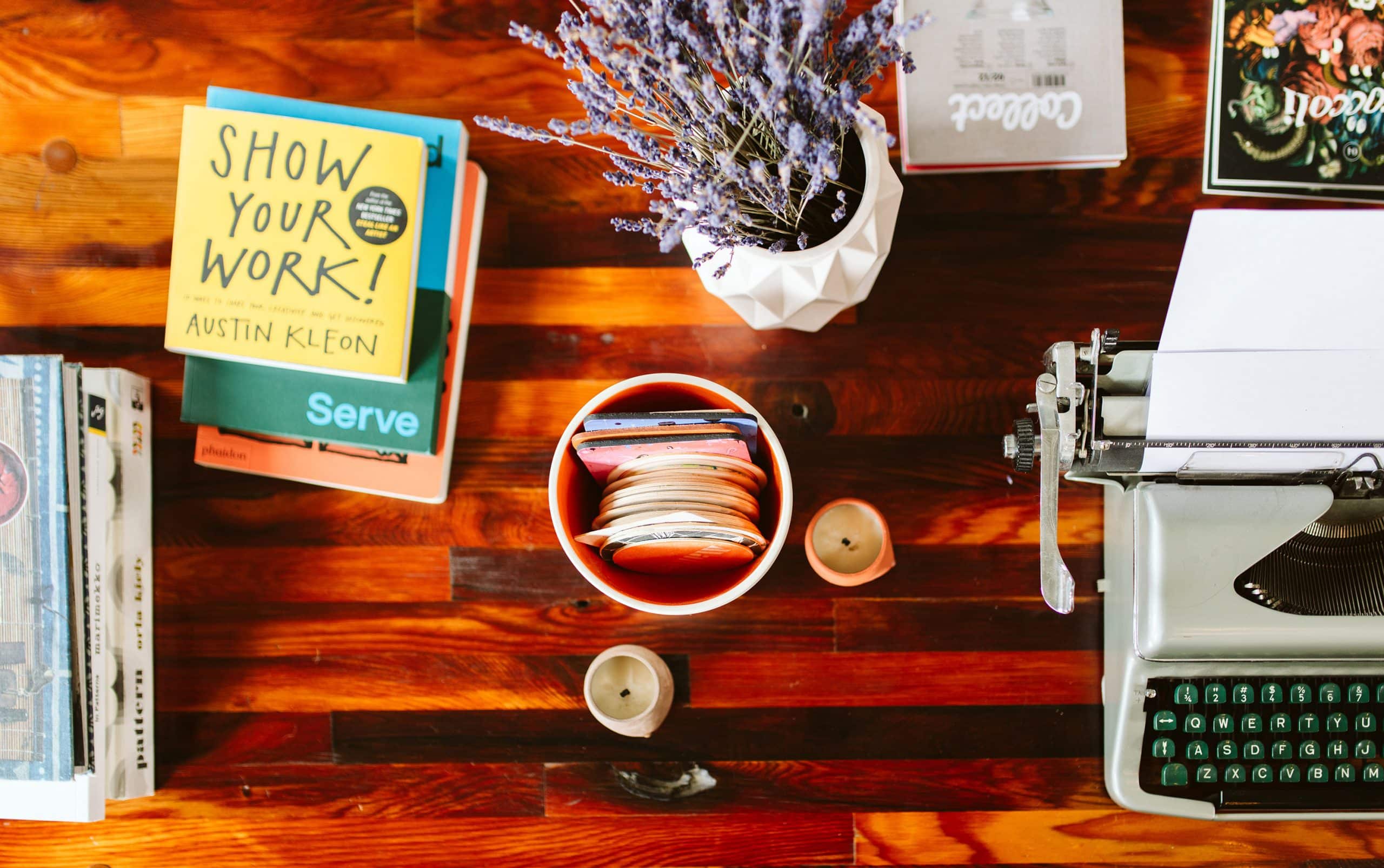 “After a year of hosting workshops — plus running her own design business and WeMake — Emerson wanted to get into the cannabis and THC space. At the end of 2017, she launched her own line of full-spectrum CBD products.

“I started thinking, I’ve been making herbal remedies for over 30 years. … I was like, wait a minute, I’m going to do this. I’m going to make these together,” she says.

The Make and Mary CBD line features skin care and wellness products that are 100% organic, vegan, and cruelty free. All of the hemp used in the product line is sourced from farms within 50 miles of Portland. The product line is currently available in seven states.

The concept of Make and Mary’s CBD skin care and wellness products didn’t develop over night. Emerson has worked to curate the brand over the last three years, and she’s currently in the process of a redesign with her products.

“I like to say it’s a cross between Versace meets Stevie Nicks meets Patti Smith,” she says of the brand redesign. “It’s feminine, it’s fashionable, but it’s also rebellious.”

Emerson is working on transitioning from being a full time designer to running Make and Mary — both the product line and the creative space — full time. She says her creativity and her time in the design industry has helped put Make and Mary where it is today.

“My background as a maker, my design experience is really fueling this,” she says.

The dialogue around cannabis is much more open in Oregon than in other parts of the country. For that to change, Emerson thinks we need to talk about it outside of our typical social groups.